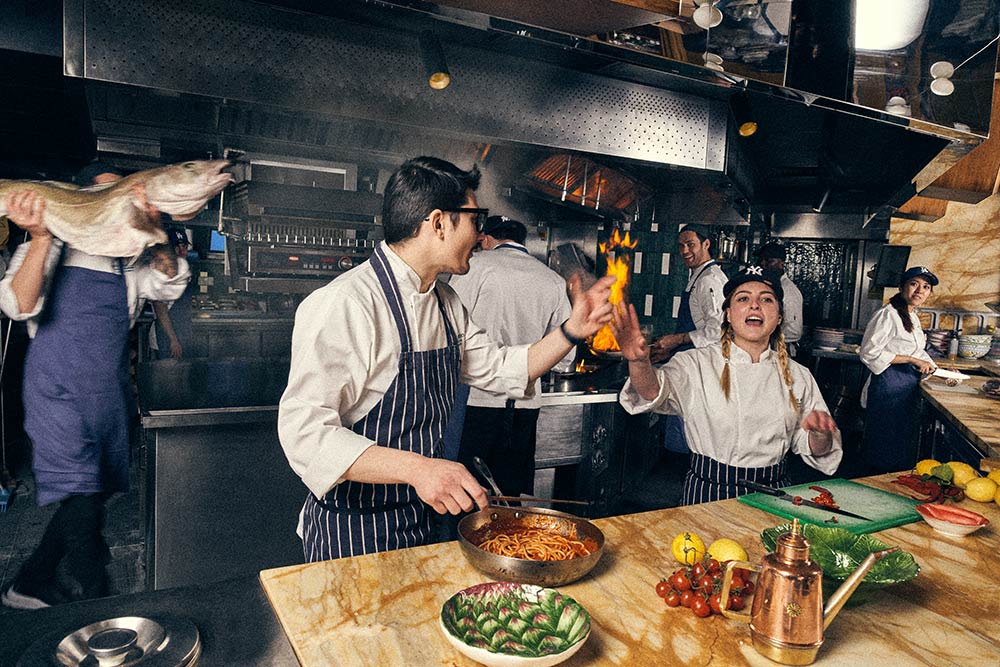 Summing it all up: The folk responsible for huge London hits Gloria and Circolo Popolare are behind this new Florence-inspired restaurant and bar in the heart of Covent Garden.

To anyone who's tried (and failed) to get a table either inside or outside at either Gloria or Circolo Popolare, we bring glad tidings. The Big Mamma Group have just released details of their next London restaurant opening and Hot Dinners readers are the first to hear about it.

Ave Mario, which opens in Covent Garden this summer, sounds like it'll be every bit the crowd-pleasing success of their first two restaurants. It's going to be huge too - with seating for almost 300, two terraces and an inner courtyard.

As to where it is -  the address may be a little confusing as it appears to be where both Frenchie and the Henrietta hotel are. But what's actually happened is they've carved out a large space behind them. They've taken two buildings in Maiden Lane to make this brand new restaurant - and the entrance is from Henrietta Street.

Where Gloria was inspired by Capri and Circolo by Sicily, Ave Mario takes Florence as its starting point, right down to the restaurant's stripey walls inspired by the Duomo.

And while they won't be serving classics like their wheel of Pecorino carbonara here, there are going to be more than enough exciting dishes to flood Insta for the foreseeable. These will include carbonara ravioli and the big-as-your-head Cotoletta Milanese. There's going to be a brand new caviar section to the menu, using Baeri caviar from Venice. The one dish you're 100% going to have to order is the 60cm tall stracciatella ice cream cake marbled with chocolate spread.

With two terraces, this will be very handy for anyone sticking to alfresco dining, and we predict the basement bar, which sounds similar to the one at Gloria, will be a huge hit in these parts.

There's just one fly in the ointment - and it's a Brexit-shaped one. Delays in various imported goods - including, crucially, their bathroom fittings - and staff visa requirements have meant a slight push back to the opening date.

Where is it? 15 Henrietta Street, London WC2E 8QG