Trattoria Brutto is Russell Norman's next restaurant, which is all about Tuscany 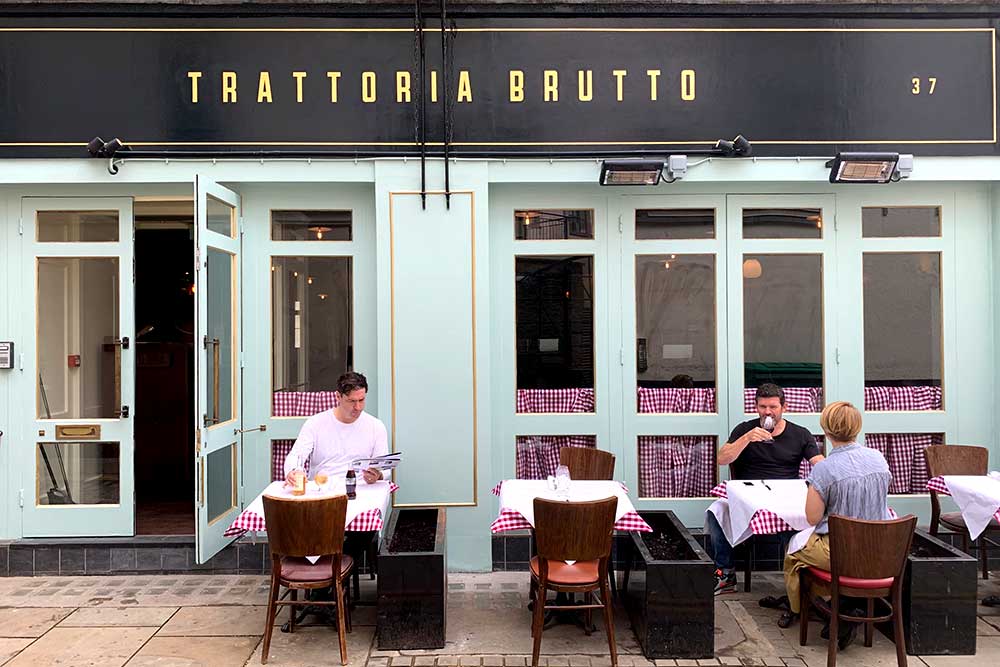 Since leaving the Polpo group, Russell Norman has been busy writing cookbooks, but we've all been wondering when he would make his return to restaurants. Well now we know - he's opening Trattoria Brutto. That comes from the phrase "brutto ma buono" meaning Ugly but good.

It's taking over a space with a bit of history - where the Hix Oyster and Chop House was (and also just around the corner from the ex Polpo Smithfield location).

If you're unfamiliar with Russell, he was the driving force behind the Polpo group of restaurants. The original in Soho was a proper game-changer for the market, focused on a no-reservation pack-em-in ethos and a menu of small Italian plates. The restaurant was an instant hit and London's not-so-brief "encounter" with restaurant queues had begun. Huge spin-off hits Spuntino and Polpetto arrived soon after.

The restaurant is billed as a "tribute to the dining rooms of urban Tuscany" with Florence and Siena the big focus. We can also look forward to "the warm amber glow of low wattage bulbs and candlelight" but hopefully we won't have to get out the torch of shame (aka our mobile) to read the menu as we used to in Spuntino.

Brutto will be an all-day restaurant, starting with coffee and pastries at 8am, with an express lunch option too which they're hoping will lure local construction workers away from the nearby greasy spoons.

The menu looks every bit as great as you'd expect from a seasoned restaurateur like Russell. We particularly like the idea of the Risotto Del Giorno - a daily changing risotto which will be brought up into the restaurant by the chef who cooked it that day. It's served up at 1pm and when it's gone, it's gone. "It'll be a little bit of theatre every day," says Russell.

For dessert, there's tiramisu (of course) and also their signature 'ugly but good' hazelnut and chocolate cookies. Here's a look at the full menu.

In charge of the kitchen is Oliver Diver, who started out at the Soho Polpo, then Wild Honey, Chiltern Firehouse and had a brief stop in Melbourne before being most recently senior sous at Allegra.

Returning to the fold to launch the bar is a name many London foodies will remember, Ajax Kentish. Ajax was the bar manager at the original Polpo when he was just 18, moving on to become GM at Spuntino where, Russell says, he was instrumental in creating the restaurant's slightly edgy atmosphere. After spending the last six or seven years in New York and New Orleans, he's back in London for a few months to help launch the bar at Brutto. As for the wine list, we're told we can expect "old-world European wines combining cult classics with smaller producers will total 100 labels, including some larger formats and rare vintages."

Count on this being one of the top openings this Autumn.

Soft launch offer: 50% off food from 30 September to 2 October. Book via their website.