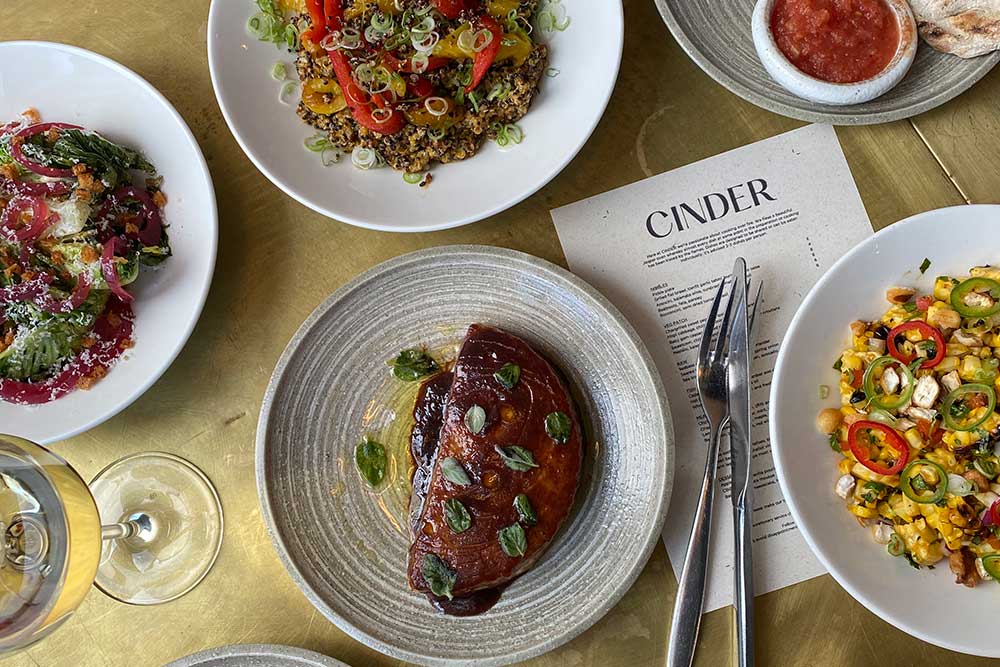 In a nutshell: Grill restaurant for Belsize Village

Summing it all up: This new neighbourhood restaurant by an ex-Ritz chef Jake Finn has a menu devoted to the grill and a lovely outside terrace too.

Back before lockdown, chef Jake Finn was hoping to open the restaurant Lila in Notting Hill. But plans change and he's now moved from West to North London, instead opening Cinder in Belsize Park.

Jake, who's worked at La Petite Maison, Coya and The Ritz, is promising to bring his Josper grill obsession to pretty much every dish at the restaurant. So dishes on the launch menu include:

Because there's a lovely little terrace, Cinder was able to open with outside dining first, but they're looking to bring folk inside as soon as they're allowed. Jake has teamed up with The Modest Merchant and Bibendum for the wine list.