Imad's Syrian Kitchen pops up in Carnaby with a falafel bar 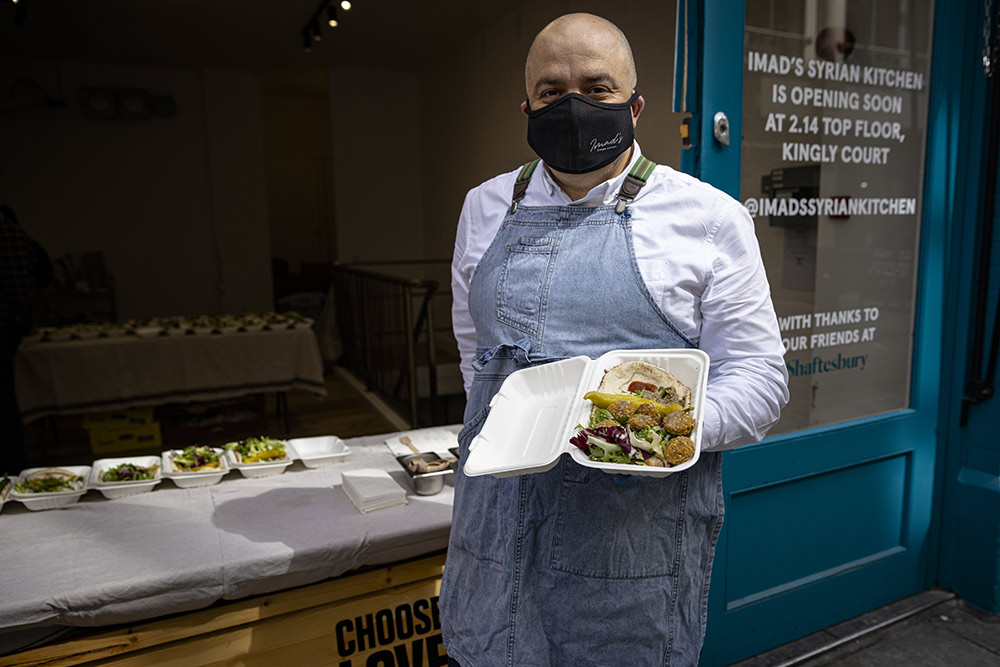 It's been a bit of a wait but we're finally getting closer to the opening of Imad's Syrian Kitchen, which sees the former sell-out pop-up, settling down in Kingly Court. But while we wait for the opening in May, Imad Alarnab is back to his pop-up roots with a new Falafel Bar in nearby Carnaby.

He's teamed up with refugee charity Choose Love, which will get £2 for every falafel box sold, with each box featuring falafels, houmous, salad and pita. It's all vegan and there's a gluten-free option available too. Takeaway only, it seems like just the place to swing by if you're in the Soho area in the next month.

I’m so glad to be back doing what I love most: serving homemade Syrian food to my fellow Londoners, all whilst supporting Choose Love. Following this difficult year, being able to do something as simple as cooking and sharing a meal with loved ones feels more special than ever. Now, I’m one step closer to achieving my dream of opening up my first London restaurant, thanks to everyone who has supported me, including Shaftesbury and Choose Love.

More about the falafel pop-up