Geales in Notting Hill is the pandemic's latest restaurant victim 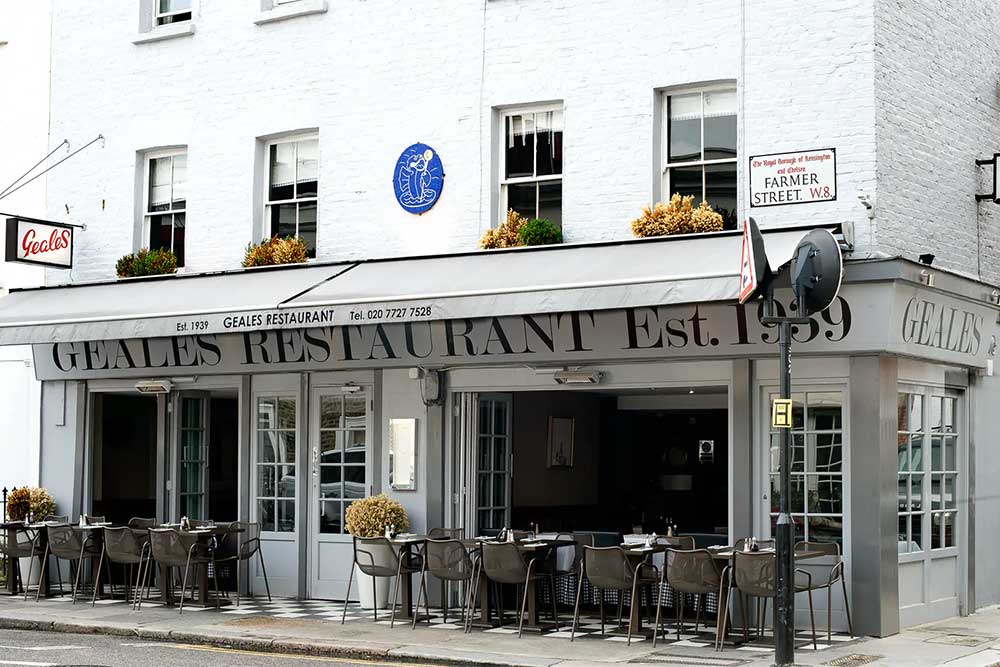 It opened at the beginning of the second world war and, with a few hiccups, has been serving up fish and chips to Notting Hill locals ever since. But the pandemic has put paid to historic west London restaurant Geales which this week announced that it is not going to reopen.

The restaurant, which first opened its doors in W8 back in 1939, has served cod and chips to a pantheon of celebrities and film stars over the years. Elton John, Dustin Hoffman, David Beckham and Grace Jones have all dined there, but the past twelve months it seems were unsurvivable.

Current owner Mark Fuller does hope to bring the restaurant back to life at some point. Talking to SW Londoner he said: “I’ll bring it back somewhere. When it’s economically viable, and the public want it again.”

Where is it? 2 Farmer St, Kensington, London W8 7SN