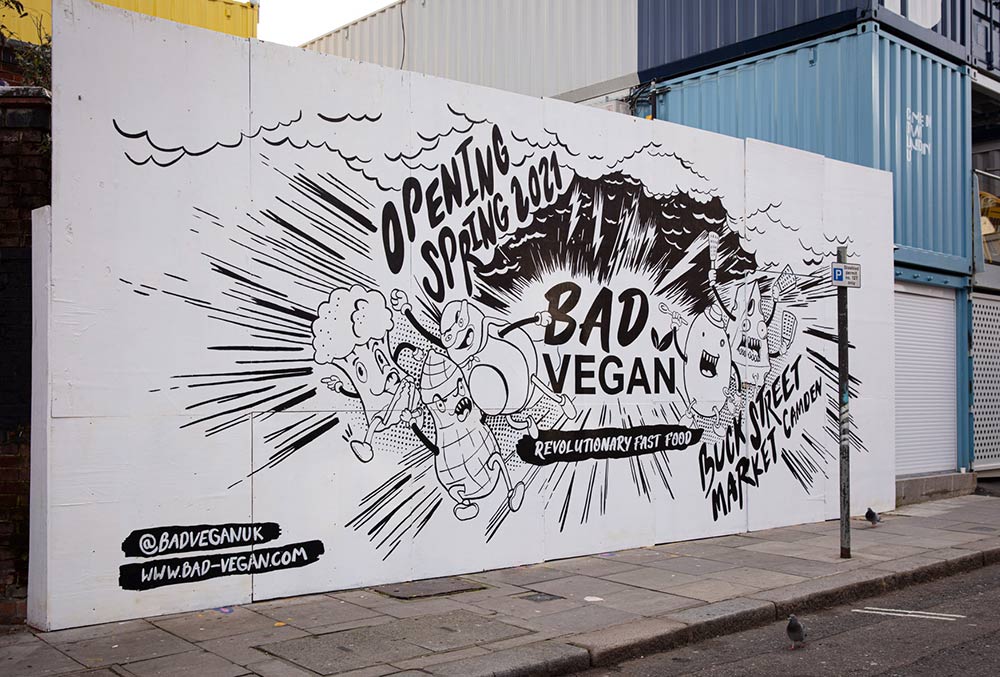 Next up for Tom Kerridge in London, following Kerridge's Bar and Grill, will be a very different type of venture. This time he's teaming up with Mark Emms to create Bad Vegan, which will be coming to the top floor of Camden's Buck Street Market.

The "bad" part of the name comes from the fact that although the menu will be predominantly vegan - they will actually have non-vegan sides and toppings (but with strict working rules to make sure that the non-vegan stuff is kept well away from those who want to avoid it).

Mark Emms says "We know that a growing number of consumers want to commit to this, but a purely vegan diet isn’t for everyone, so by adding a small amount of non-vegan elements our food retains familiarity whilst being predominantly vegan.".

That's all we know at the moment - as soon as we have an idea of how the menu is put together, we'll let you know.