Central London's streets are reopening for alfresco dining in April 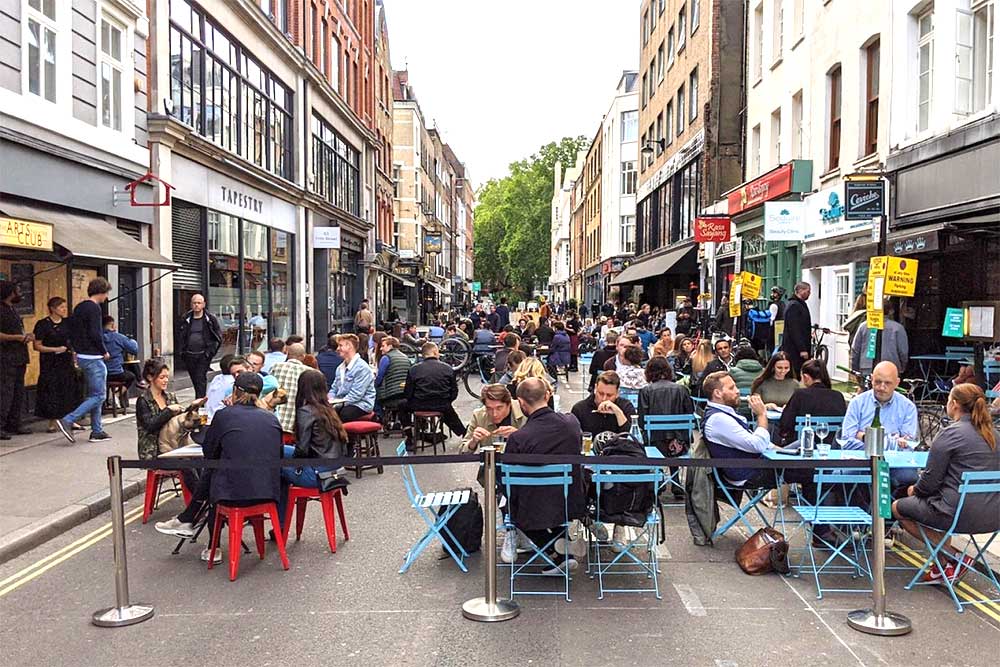 This is very welcome news. Westminster Council have just confirmed that Londoners can expect a return to dining in the streets of Soho, Marylebone and St James this summer.

The council said that as soon as venues were allowed to open (all being well this will be on 12 April) they'll support the hospitality industry with "the return of temporary measures to enable al fresco hospitality across Westminster". They've already committed to allowing that through to the end of September, which means that restaurants can plan to expand on to the same streets as before.

Going on last year those areas were:

Restaurants who applied for pavement licences last year are expected to be fast-tracked through the system when applying this year.

Also - and this bit is interesting - they're going to look beyond the summer months when it comes to alfresco dining saying; " the council will consider the possibility of what a longer-term al fresco provision could look like." Very promising.

In more preparation for 12 April - here are some of the best alfresco dining spots in London.