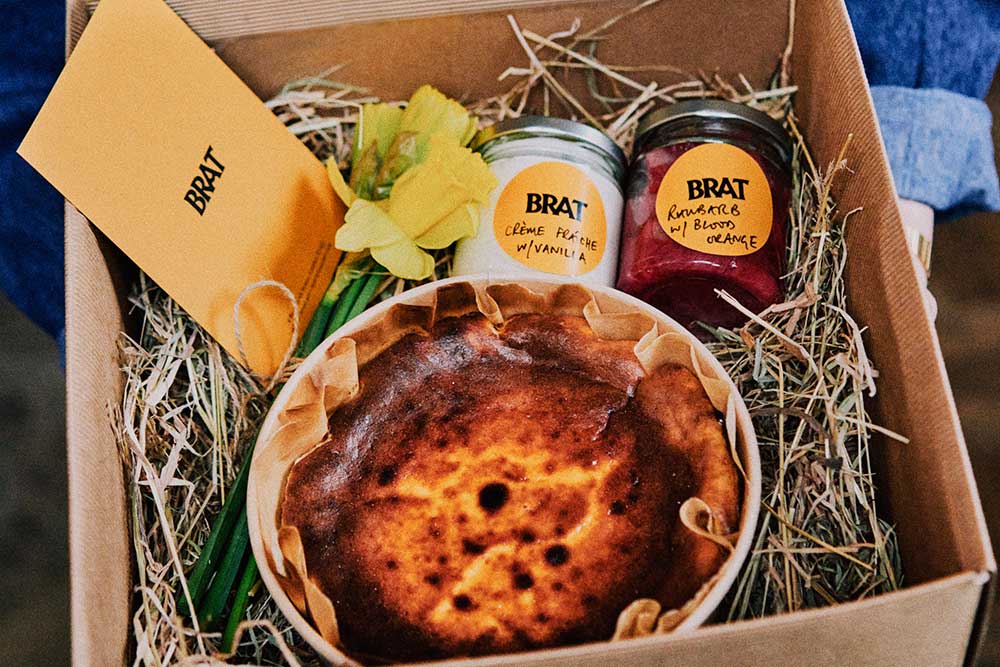 Next weekend we'll all be honorary Welsh folk - if it means getting hold of one of Brat's legendary cheesecakes.

To celebrate the upcoming St David's Day, the Shoreditch restaurant is opening for a weekend to sell its world-class baked Basque cheesecake. They'll use the sale to raise funds for The Wickers Charity with all proceeds going to the charity which supports young people and families in East London.

The cheesecake in question, should you not have had the great good fortune to try it already, was inspired by the ones you'll find in places like La Viña in San Sebastian. It's made with sheep’s curd from the Cosyn Cymru farm on the foothills of Snowdonia and flour from Felin Ganol in West Wales before being baked in a wood fired oven.

To go with the cheesecake there'll be jars of rhubarb roasted with blood orange and vanilla creme fraiche along with a bunch of daffodils and a bespoke Brat x St David’s day artwork. Cheesecakes are priced at £45 and serve between six and seven people (or two or three very greedy ones). They're on sale now - so be quick if you want one!

Where is it? 4 Redchurch St, Shoreditch, London E1 6JL

When? Available on 27-28 February. Pre-order for pick up or London delivery.