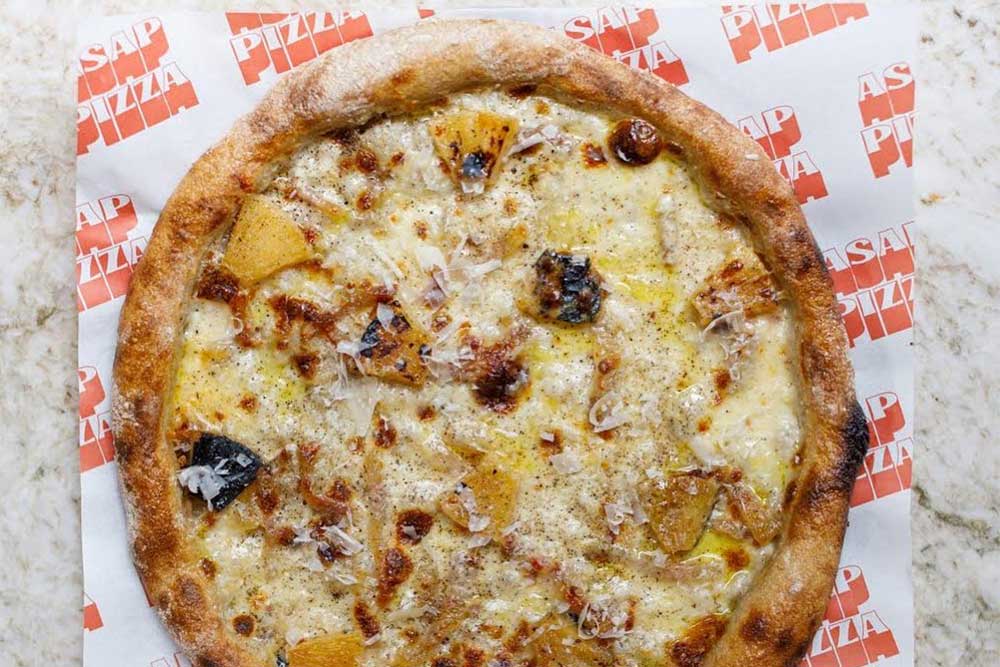 ASAP Pizza, Flor's born-in-lockdown pizza spin-off by Pamela Yung, has something new on the menu for the coming month. They're launching a series of guest pizzas to the menu, and it's also for charity with £3 from every pizza and £1 from every slice going to a charity chosen by the guest chef of the week.

They have an impressive number of names lined up. The first three are:

Standing out from the list is Aziz Ansari, who's also making a pizza. He's supposed to be filming the latest series of the excellent Master of None in London either now or very soon. If we were betting people we'd say this all but confirms an appearance of either Lyle's or Flor in the show.

When? Every Thursday-Sunday, starting on 25 February 2021 with Nick Bramham

How to order: Via Deliveroo or online (pre-booking starts 19 Feb).