Wing Wing brings their Korean chicken and beer to Chinatown 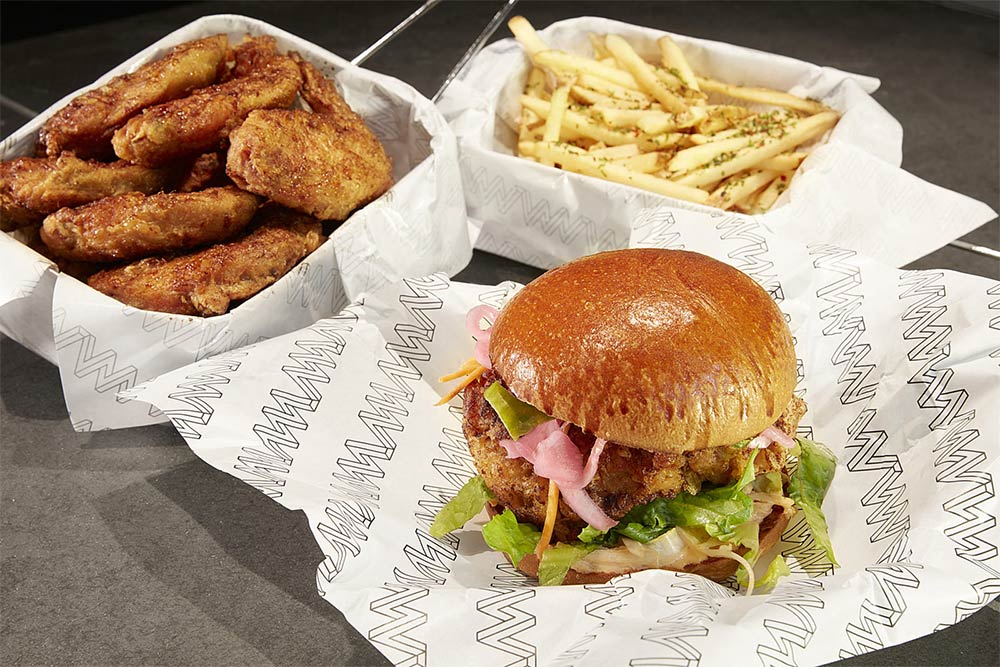 In a nutshell: Korean chicken and beer in Chinatown

Summing it all up: The latest Wing Wing, its flagship restaurant, is coming to a big new space on the edge of Chinatown - with Korean fried chicken alongside draft beer (and eventually karaoke too).

Having started in Hammersmith (and with another restaurant in Tavistock Square), Korean chicken specialists Wing Wing are kicking it up a notch, opening a new spot in Chinatown.

They take inspiration from Korea's chicken and beer - "Chimaek" stores - with a menu that, yes, focuses around chicken and beer. So there are chicken wings and drumsticks in a soy garlic, hot or liquorice glaze, alongside other burgers and buns like a katsu bao, chicken wrap or burger and a halloumi burger. There are also added extras like battered prawns and calamari, tofu rice boxes and more.

Of course, beer is a big thing and when they allow dine-in, they'll have "bottom-up" beer dispensers on each table (we've seen these at Brigadiers - where you place your glass on a dispenser and it fills up from the bottom. It's like beer magic). They'll even have karaoke rooms for when we're allowed to do that again.

And if beer alone isn't enough to get your party started, they'll also have ginger beer slush drinks on hand.

When does it open? 8 March 2021 (delivery and takeaway to start)