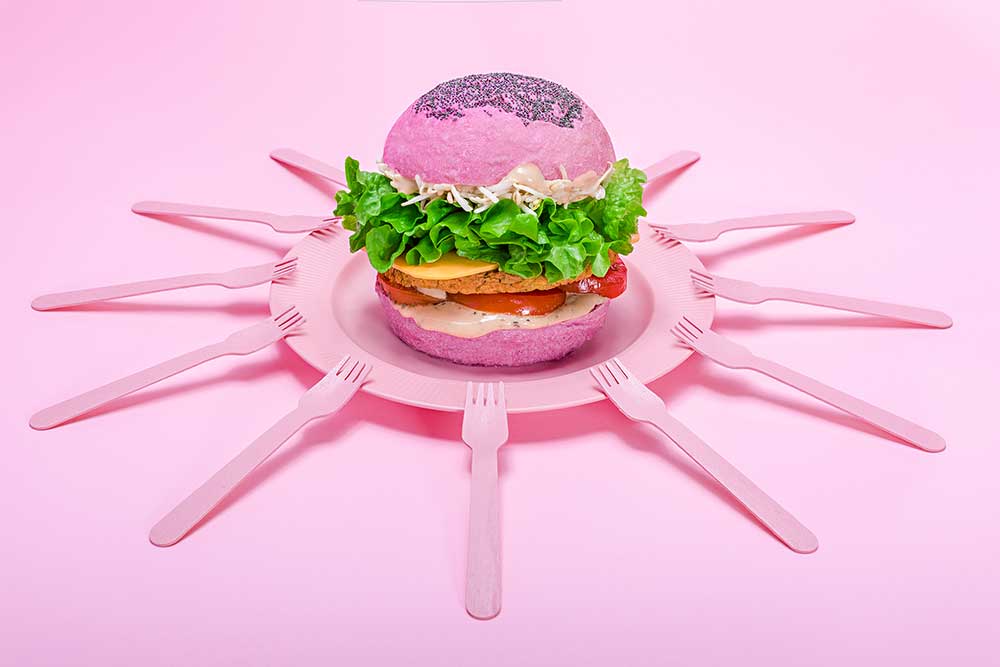 London's Charlotte Street is seeing a very European takeover this month as Herman Ze German makes way for an Italian import. Flower Burger originated in Milan five years ago where its oh-so-Instafriendly colourful vegan burgers were an instant hit. Since then, they've expanded across France and Italy and Fitzrovia will be their first London opening.

Using natural extracts like turmeric, spirulina and black carrot, the buns certainly stand out from a pretty crowded plant-based market. In addition to choices like the Cherry Bomb (lentil and basmati rice patty in a pink bun coloured with beetroot) and the chain's signature Flower Burger (seitan and red kidney bean patty served in a purple bun) there will be a new UK addition. The Jungle Burger will be a lurid green bun made using turmeric and spirulina stuffed with a red bean and oat patty and wild smoky BBQ sauce.

Those with a sweet tooth should look out for vegan desserts including Coco-nuts which combines coconut heart with nut grains in espresso coffee as well as their own chocolate salami.

Plans for the interior sound as day-glo as the burgers themselves, with a huge mural of the Beatles' Yellow Submarine on the walls and a swing table where each of the four candy coloured swinging chairs are suspended from a large metal frame. If you prefer alfresco to kicking your heels indoors, there's going to be a fully heated and covered terrace on Charlotte Street too.

Where is it?43 Charlotte Street, London W1T 1RS

When? 21 January 2021 - takeaway and collection only with plans in place for delivery by early February 2021.