EggRun has designs on London's egg in a bun market 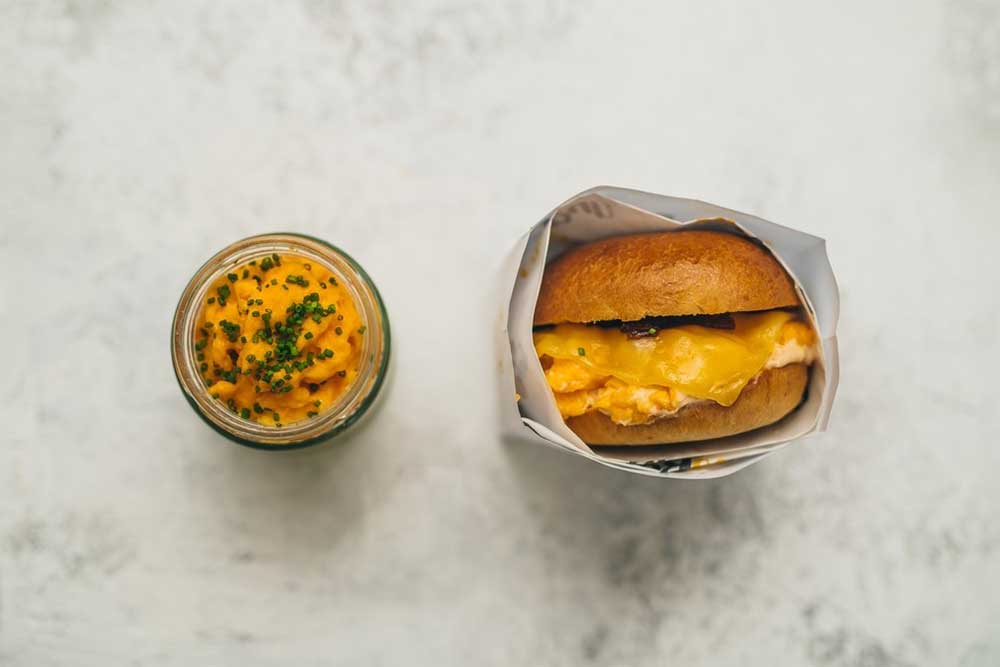 They say imitation is the sincerest form of flattery, and if that's the case, the folks at Eggslut should be tickled pink by the launch of new egg-based bun business, EggRun.

EggRun first began life as a delivery service back in the Autumn, while it's waiting to open its first City restaurant at Monument on Fish Street Hill.

Executive chef John Skotidas (who also runs the kitchens at Mazi and Suzi Tros) has come up with a menu which includes:

With issues like lockdown notwithstanding, the duo behind EggRun have big plans to open up to 15 sites over the next three years. But right now, they're doing delivery in central London from a St James kitchen.

When? They're doing delivery now with plans to open in the City early March 2021

How to order; get delivery via Deliveroo