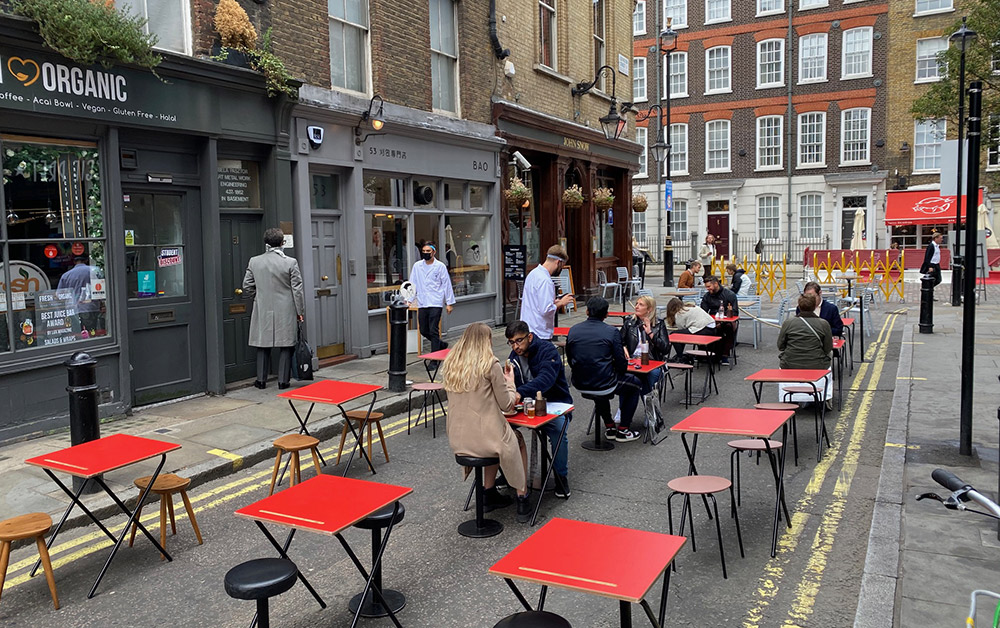 Just over two weeks into the lockdown, we're all already wiling it to end - but there is light at the end of the tunnel.

The government has revealed that a new-style three-tiered system will be put in place at the end of the lockdown on 2 December.

In his video statement to the Commons today, Boris Johnson confirmed significant changes to tier two and three for hospitality. Here's what each Tier would mean for London.

Tier One - restaurants and bars open, table service only. Mixing of households allowed, up to 'rule of six' indoors and outdoors.

Tier Two -  all pubs/bars will have to serve a "substantial" meal with drinks in order to remain open, mixing of households only allowed in an outside setting (so that's alfresco dining).

Tier Three - all hospitality will close and only be open for takeaway, drive-through or delivery.

As yet, there's no word on whether the loophole for business lunches still exists.

Also revealed - a change to the 10pm curfew.  Now restaurants and bars in Tiers 2 and 3 will have an hour from 10pm to allow people to finish their food and drinks (although they won't be allowed to sell any food or drink post 10pm). Hopefully, that should limit the issues we've seen of everyone chucked out on the street at the same time and may allow some restaurants to eke out a second sitting.

We'll know what tier London is in by Thursday at the latest. Fingers (and toes) crossed it's not Tier 3. And if it's Tier 2. you'll be wanting our Winter Alfresco guide once more.

It does look like the tiers are here to stay until March - with a small 3-5 day relaxation around Christmas. Which will be very good news for any restaurants opening on Christmas Day. Details around this will come on Tuesday.

We'll update this piece as soon as more information is available.