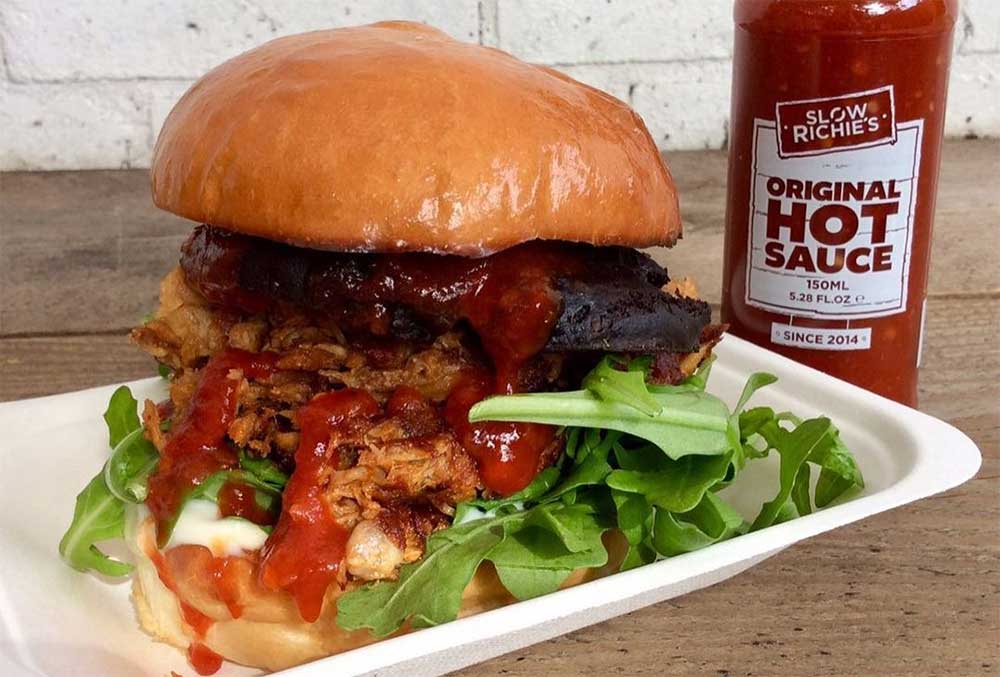 In a nutshell: Peckham burgers

Summing it all up: Brothers Alex and Richie Calver have been selling their burgers at the Brick Brewery in Peckham for years, but now they've got a permanent spot on Peckham Rye.

For six years now, brothers Alex and Richie Calver have been building up a fanbase for their burgers across London. They started as a pop up in central London and then moved to Camden Market, but since 2015 have been down in Peckham where they've been burger slinging ever since at the Brick Brewery.

This summer they signed the lease on their first permanent restaurant. On the downside, the day of their opening coincided with the start of Lockdown 2. But, in true entrepreneurial fashion, they've opened regardless and will be doing click and collect and takeaway while inside dining isn't possible.

Here at their first bricks and mortar restaurant they'll be serving up a full burger menu along with sides (wings, chip butties and slaw), booze and seasonal specials. And, for fans of their condiments including BBQ sauce and chip dust you 'll also be able to buy that in store or online.

As for the burgers themselves, there's a range of meaty and veggie options.

You've got to hand it to anyone who opens on the first day of a nationwide lockdown. If you're down near Peckham, give 'em your trade.

How to order: Order it online here.