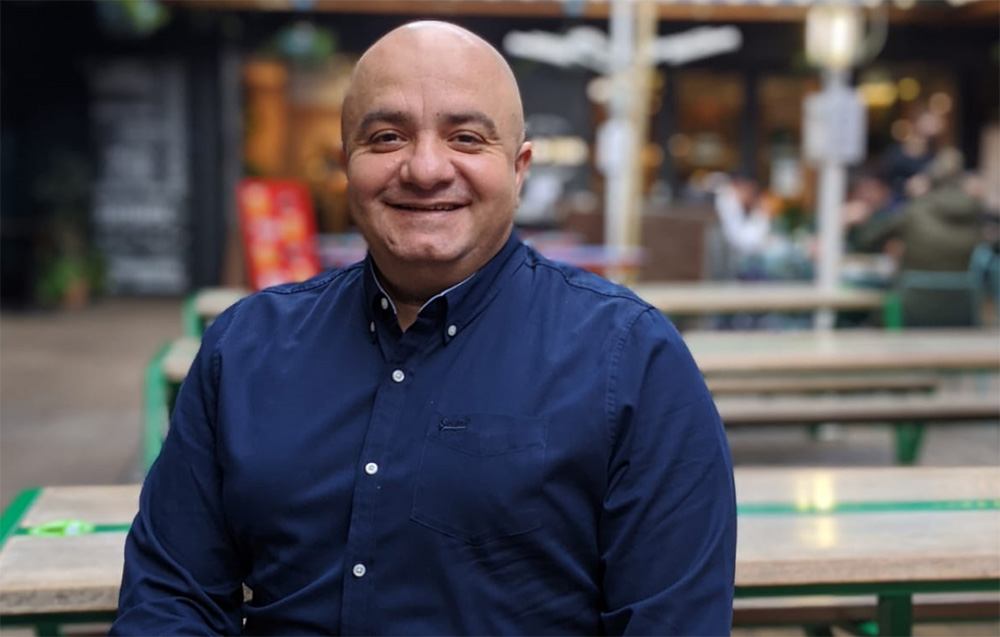 Summing it all up: His pop-ups have been a huge success and now, with the final stop of a crowdfunding campaign, Imad Alarnab is bringing his Syrian food to Soho.

After hosting a series of special dinners and sold-out pop-ups, chef Imad Alarnab is taking the next step, opening a permanent Imad’s Syrian Kitchen in Kingly Court (taking the space that once held Darjeeling Express).

Imad was once a restaurateur in Damascus. He ran two successful restaurants and a cafe and chain of juice bars before six days of the Syrian Civil War destroyed all he'd worked for. Having fled Syria and made his way through Europe to the UK, he applied for asylum and got it. A fortuitous meeting with entrepreneur Layla Yarjani saw the pair run a hugely popular pop-up in aid of UNICEF and from there, Imad's been building up quite the reputation here in the UK.

Planned for the menu are:

Here's what Imad says about the restaurant:

After four years I am so very excited that I am now finally going to open my own restaurant in the heart of London, the city I and my family now call home. Losing my restaurants in Damascus was devastating, but I am so happy that I can now bring my Syrian cooking to Kingly Court in Carnaby, to the people of London who have supported me so much over the last few years. Thank you to you all and I cannot wait to welcome you to my new venture, this is a dream come true!