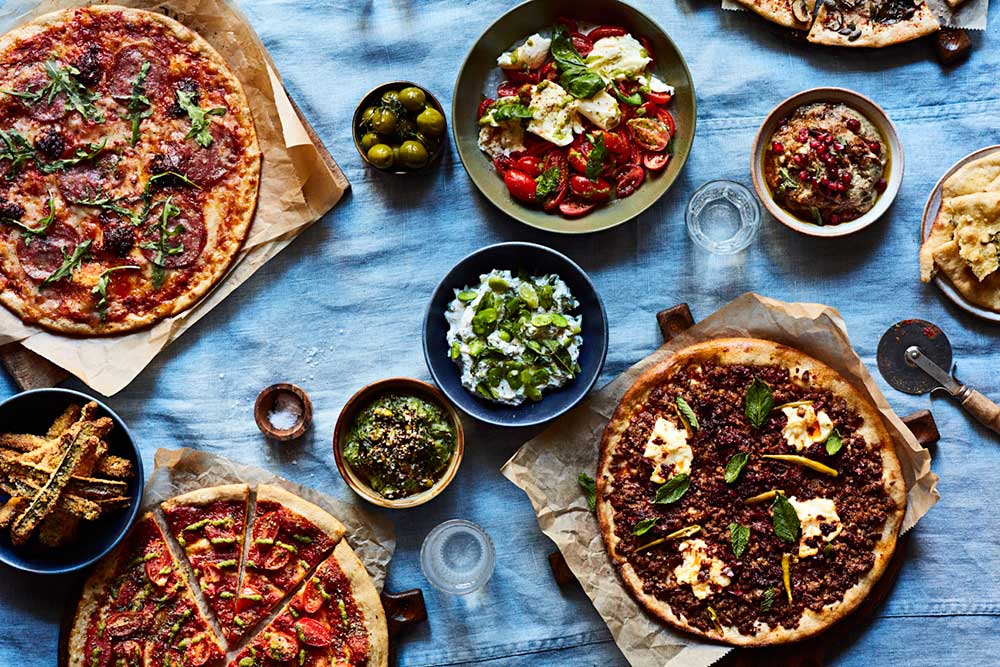 A new pizza company about to hit London are claiming that their pizzas are devised specifically to relieve that bloated post-pizza feeling. Gallio are using only ancient grains to make their pizza bases. Apparently those olde grains are high in protein and antioxidants and more easily digestible than newer flours.

Just as interesting as the pizza dough itself is the pizzeria's decision to bring in Norma chef Ben Tish for some of the menu as a collaborator. The launch menu includes

To those, you'll be able to add toppings like fennel salami, aged Manchego, piquillo peppers and vegan ‘sheese’.

Aside from the pizzas there'll be flatbreads and dips on the menu along with salads and mezze bowls like beetroot borani with yoghurt, dill, Medjool dates, feta and walnuts or Datterini tomatoes with chilli, fresh herbs, sumac and pomegranate molasses.

The delivery-only company is launching in South London, and you can order via Deliveroo in Lambeth, Waterloo, Elephant & Castle, South Bank, Vauxhall and Southwark.