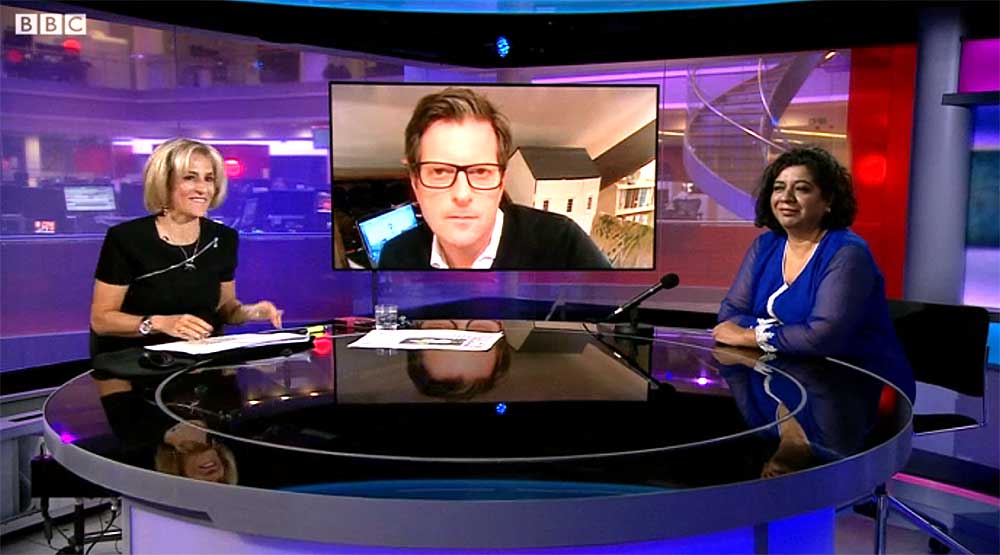 Last night's Newsnight piece about restaurant criticism, discussing whether restaurant critics "should be nicer to restaurants as they gradually reopen and find their feet" has found a lot of traction on social media today.

The segment featured Darjeeling Express chef-patron Asma Khan and critic William Sitwell debating the topic. But hardly any of today's noise is about the original subject about critics being kinder- which was prompted by this tweet from Jay Rayner. Instead, it's reignited a bigger debate about the lack of diversity amongst Britain's restaurant critics.

Key to this was Asma's point last night: "I'm concerned because food critics generally tend to look the same in this country and I'm always worried because some of the food critics' language is not great. Because, you know, you find them sneering and mocking people of different cultures, it smacks of racism. So things that are really funny and beautifully written prose, I applaud, but when people are just being mean and pushing down a culture, that's my issue.

"I think it's great to take what Jay Rayner has said as a starting point. Let's be kind, but let's be diverse. Let's be equal and let's get other people on board."

During the Newsnight segment, William Sitwell agreed that critics need to "reflect the diversity in this country... we have a more eclectic, diverse mix of restaurants, we have a greater reflection of global food culture in this country than any other country on earth" but in response to the question about critic diversity in the country said, "you'll have to ask the people who employ us".

But Asma's point seemed to rankle with the Evening Standard's reviewer Fay Maschler. Who then tweeted this:

A review in the Evening Standard in 2015 from a white English woman born in India in 1945 at the tail end of the Raj propelled @Asma_KhanLDN from a pop-up to a permanent restaurant - as described in Chef’s Table - but that’s not a story these days.

And while Asma responded with a very gracious "Fay that review was a game-changer for me." Maschler, who has been the restaurant critic at the Evening Standard for a whopping 48 years, has been accused of being surprisingly tone-deaf over the issue in question.

i really don’t think critics doing their job properly should be a story, nor is that sufficient justification for restaurant criticism being an almost exclusively white, middle class pursuit in this country

Fay your review just sped it up a bit. There was already huge word of mouth about Asma's pop up - that's how you knew about her in the first place. You completely changed my life too, which I am grateful for. Your tweet just described how critics work and enjoy the power!