Michelin-starred Kitchen Table reinvents itself as a deli 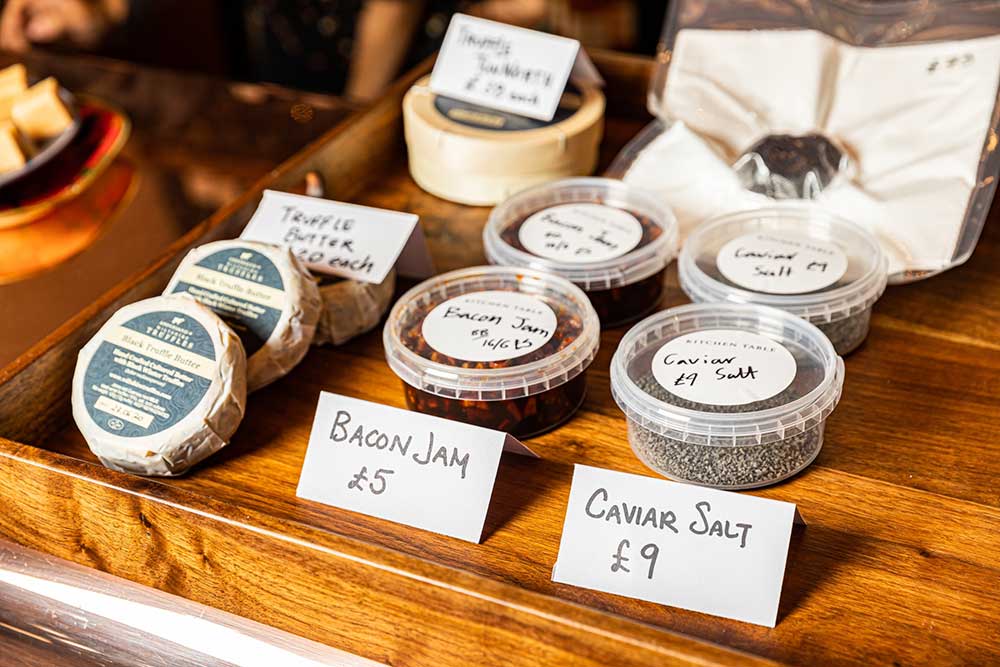 Yesterday's announcement by the government that restaurants could reopen was welcome news to many. But not all restaurants fit even the 1m plus rule. One such place is Kitchen Table. The two Michelin-starred restaurant in Fitzrovia is all about the counter dining experience - and that's clearly going to take them a little longer to work out how to reopen safely.

So what does one of London's top restaurants do in the meantime? Well, they've reinvented themselves as Kitchen Table Deli. They'll be selling the produce that they make in-house for customers to take away, like their freshly baked sourdough, baked Basque cheesecake or Madagascar vanilla and white chocolate fudge along with bacon jam, crispy chicken skin and caviar salt.

In addition, you'll also be able to swing by here and pick up items from the restaurant's suppliers - so there'll be stuff from Warren's Butchers, Flying Fish, Exmoor Caviar, La Fromagerie, and Wiltshire Truffles on offer.

Where is it? 70 Charlotte St, Bloomsbury, London W1T 4QG