Flor reopens in Borough, and they're bringing the brown butter cakes 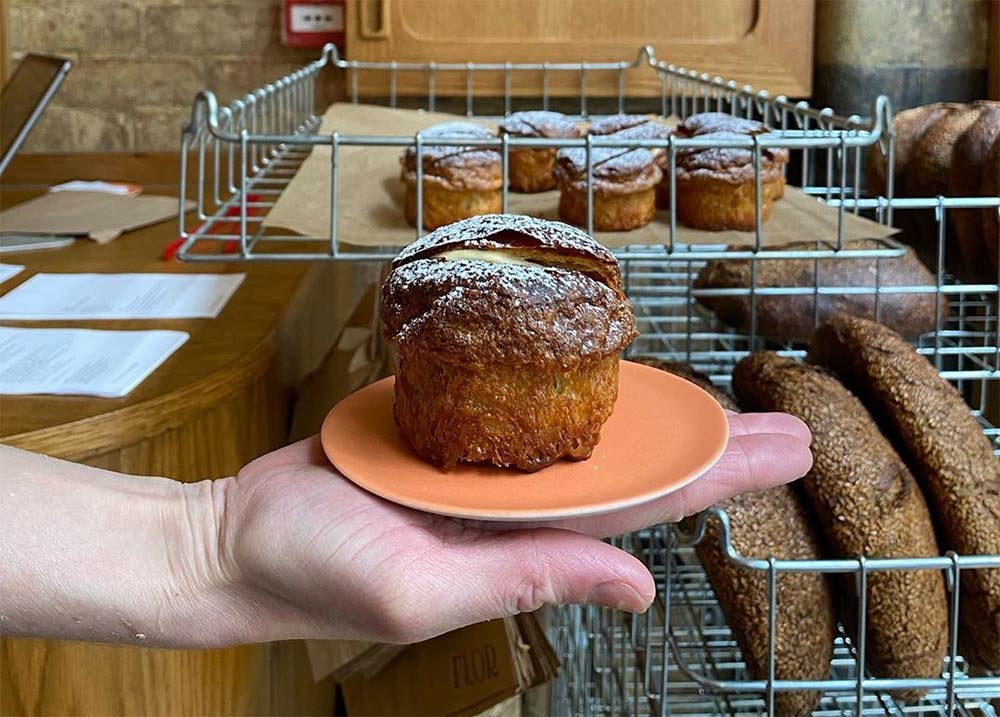 We had a bit of a preview yesterday as Flor - the sister restaurant to Michelin-starred Lyles - started selling pastries through Dalston's Snackbar. But now Flor itself has joined the steady stream of re-opening restaurants.

Flor will only be opening for takeaway to start with - starting with soft-serve ice cream, wine, bread and pastries as revealed on an Instagram post:

We'll assume they're selling similar pastries to the ones in Snackbar, so expect the Lardy Bun to make an appearance. And if that pic above is anything to go by, it looks like the brown butter cakes are making a comeback. We voted these our best dessert of 2019, so if you haven't experienced them, a wander over to Flor today seems warranted.