The Connaught is serving up black truffle pizzas to go

Written by Catherine Hanly
Created: 19 May 2020 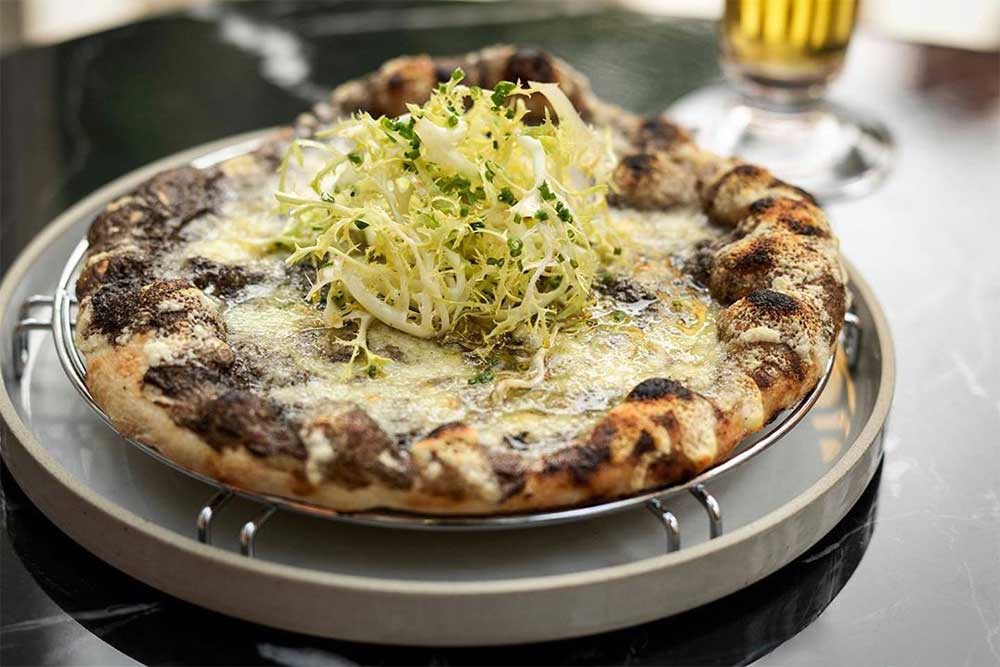 During lockdown, the Maybourne Hotel group - The Berkeley, The Connaught and Claridge's - have been busy supporting London's key workers with drive-through coffee stations and accommodation. But their bars and restaurants have been closed off to the rest of us.

Now, things are changing. Over at The Connaught, they've just launched one of their restaurants on the premium delivery service, Supper. Jean-Georges at The Connaught is perhaps better placed to move to delivery than the hotel's other two restaurants, the two Michelin-starred Helene Darroze and the newer Connaught Grill, particularly as it's been doing takeaway pizza for a year or so.

As you might expect, there's a range of five-star pizzas available, including the restaurant's signature Black Truffle Pizza with fontina cheese and their Asparagus and Spicy Salami pizza. There's also a truffle cheeseburger and two desserts - Dark Chocolate Brownie with Milk Chocolate Cream and Raspberry Cheesecake.

We're happy to report that the wine list is just as luxe as the hotel itself - so if you fancy a £450 bottle of Krug with your pizza or a Chateau Lynch-Bages with your burger, then you've come to the right place.

More about Jean-Georges at The Connaught

Where is it? The Connaught, Carlos Place, Mayfair, London W1K 2AL

How to order: head to the Supper app