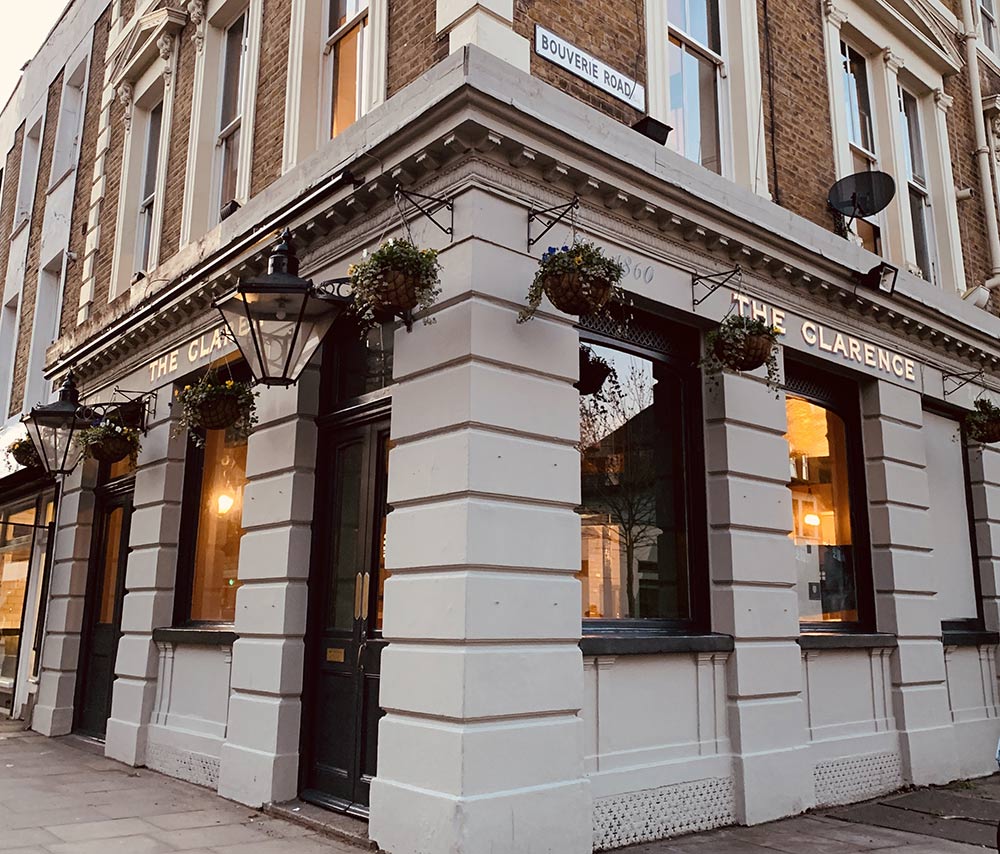 What: The Clarence Tavern

In a nutshell: Stoke Newington Church Street's gastropub game gets a boost

Summing it all up: The people behind the Anchor and Hope are taking over classic Stoke Newington pub, The Clarence Tavern. Food will be as important as the booze and they're bringing an ex-Great Queen Street chef to head up the kitchen.

Stoke Newington is getting a great new pub as The Clarence Tavern receives a new lease of life from its new owners. It's been taken over by Rob Webster-Shaw and Jonathan Jones, the people behind some of London's truly great pubs - the Anchor and Hope, Canton Arms, Magdalen Arms and the late, great restaurant 32 Great Queen Street.

General manager Sam Gleeson (from the Anchor and Hope) will head up the takeover and the chef is Harry Kaufman (Garden Cafe, St John Bread and Wine, Lyle’s and 32 Great Queen Street). In Gleason's words "We want to create a fantastic local boozer”.

Food has always been a great attraction of their pubs and that continues here with Kaufman in the kitchen. The menu will change with the seasons, driven by the best ingredients from a range of small-scale suppliers who share the same ethos as the owners. Planned to kick off the menu will be:

More is planned for the pub - the upstairs dining room will come later, and there's a, "almost slightly seedy wine bar" downstairs that they might have plans for too.

The pub is reverting to its classic name - the one that it started life as - despite some preferring its later moniker "The Daniel Defoe" (so-called because the man himself lived nearby). As Webster-Shaw told us, "I'm just of the opinion that pubs are a bit like people, you don't really change the name and it's written on the top of the building too!"

We also had the chance to ask about the closure of the much loved Great Queen Street, last summer. "It just got too expensive. it was still busy, turning over a lot of money, but it didn't leave anything for us at the end of it because the rents and rates in central London have just gone crazy at the moment. With pubs, we know what we're doing and we wanted to get out into the neighbourhood. 10 years ago when you wanted to go out for great food, you went into central London, but you just don't need to any more."

More about The Clarence Tavern

Where is it? 102 Stoke Newington Church Street, London N16 0LA