What: Cord by Le Cordon Bleu

In a nutshell: Fine-dining restaurant, café and cooking school

Summing it all up: Famed Parisian hospitality school Le Cordon Bleu, renowned for training chefs such as Julia Child, Mary Berry, and with more than 35 schools in as many different countries, is opening a restaurant in London to celebrate its 125th birthday. Cord by Le Cordon Bleu will not just be home to a fine-dining restaurant, but also a café, a cooking school and an events space.

If you’ve not heard of Le Cordon Bleu you must have been living in some kind of cryogenic culinary time capsule. The famed culinary arts and hospitality institute is not just about to celebrate 125 years of teaching some of the world’s greatest chefs, it’s also opening its first fine-dining restaurant in London. Except it’s much more than a fine-dining restaurant - CORD by Le Cordon Bleu will be an all-in-one concept that also incorporates a café and a cooking school.

The new venture will be on Fleet Street, taking over the old Lutyens site.

Budding chefs can partake in short courses that specialise in food and wine pairing, worldwide cuisine and patisserie. You don’t have to be a budding chef, either. Le Cordon Bleu are also offering corporate team-building short courses for up to 14 people followed by a meal in the restaurant (or you could take over the whole institute with 30 people for meetings and workshops).

With a design that's inspired by 17th-century Paris, Cord restaurant and Cord café are two different beasts. The café specialises in French patisseries and viennoiseries baked on-site daily, naturellement, and is open for breakfast and lunch (think: gourmet sandwiches, salads, soups, and artisan breads) Monday to Friday, eat-in or takeaway. It’s also available to hire in the evenings or weekends for up to 50 guests.

The Cord restaurant has more of a discerning bent, especially if you’re keen on matched wine or tea pairings, and is open for lunches (a weekly changing set menu served with wines by the glass and all within 90 minutes, clearly still keeping an eye on the corporate clientele here) and dinner tasting menus. Highlights of the latter include:

The wine list is skewed towards French, German, Italian, Spanish and New World vineyards, as well as biodynamic and organic drops. There’ll also be a range of spirits and brandies for those keen to linger. 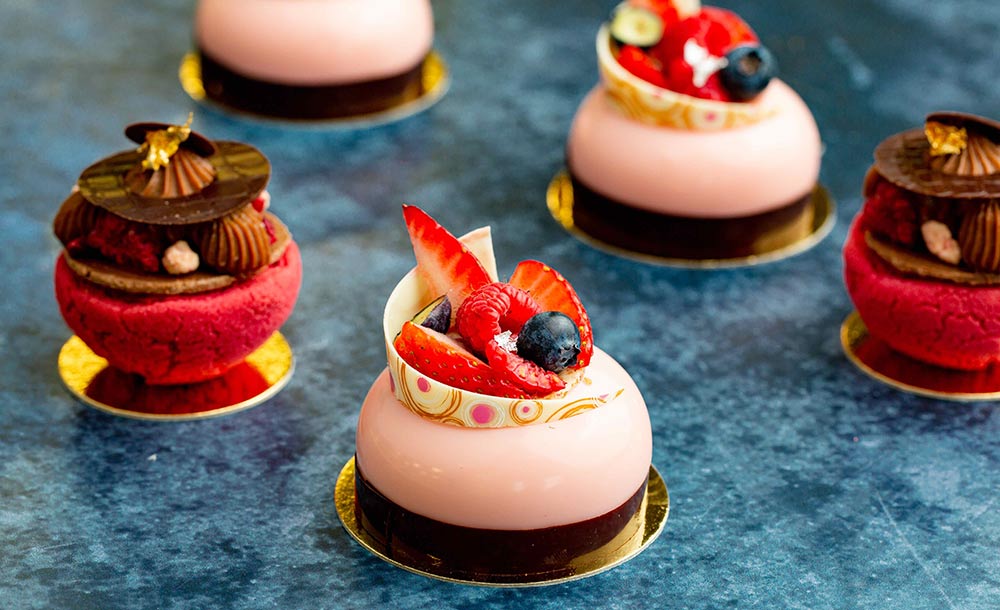