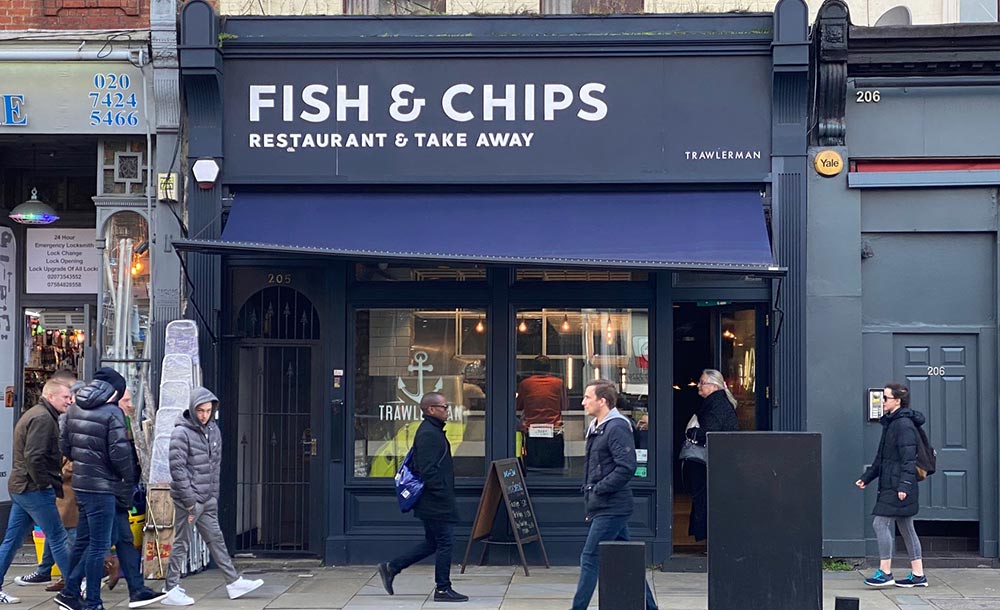 A new restaurant in Islington certainly highlights the cyclical nature of the restaurant business. Trawler Trash on Islington's Upper Street shut its doors in 2019 and the site has been closed ever since. But now a new restaurant has opened in the space and locals will be very pleased to learn that it's a fish and chip shop called Trawlerman's Fish Bar.

Ever since we've been in Islington (and before that too) there has been a fish and chip restaurant of some sort at 205 Upper Street. This latest restaurant sees that tradition continue - so much so that it sees the restaurant return to the hands of a family that once held it back in the 1980s (the current owner says he remembers peeling potatoes in the back in 1985) and who also own several fish and chip restaurants across town.

At the time of writing, it's just takeaway, with eat-in planned from Thursday 27 Feb. As for the menu, it's your standard fish and chips fair - with cod, haddock, rock, plaice, scampi and fish cakes on the menu, alongside pies, battered halloumi and BBQ chicken. There'll also be pickled eggs, mushy peas and curry sauce on the side, of course.

So if you've been missing your fish and chips fix from Upper Street, now's the time to head on down.

Who's delivering Iftar meals in London during Ramadan