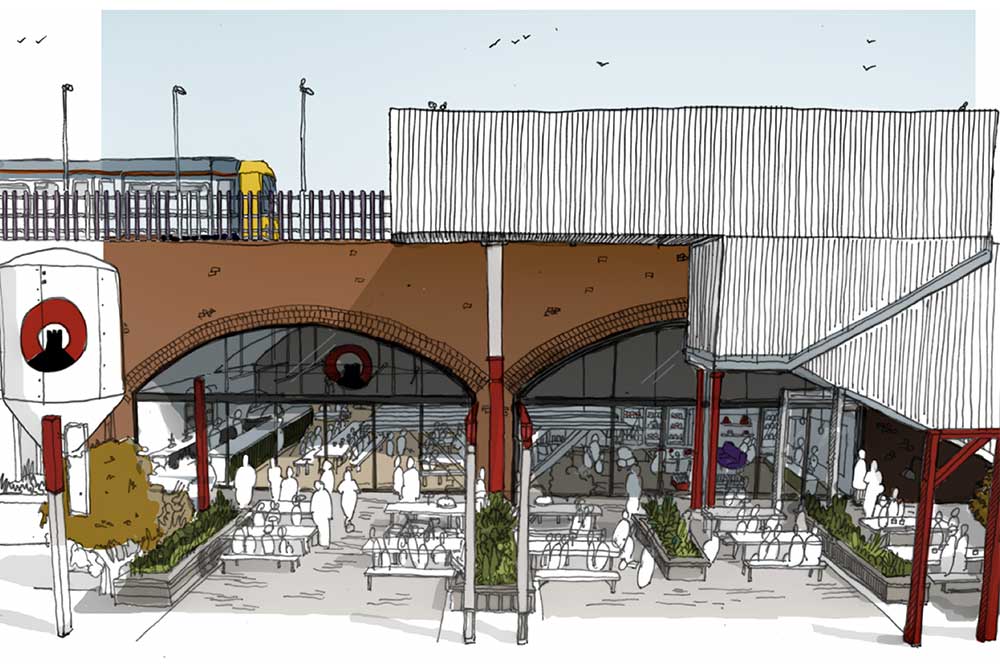 In a nutshell: Revamped Camden Town Brewery site to open

Summing it all up: Celebrating a decade since they opened in 2010, Camden Town Brewery will re-open under the railway arches with a revamped space that houses not just their award-winning beers, but their first restaurant, an extended taproom and immersive brewery tours.

We have good news for anyone missing their regular lagers under the eight big railway arches at Camden Town Brewery’s London site for the past month or so. Since mid-Jan their Kentish Town address has been closed while mysterious renovations have been underway, but now they’re ready to reveal their (bigger) dream: a 50-seater restaurant, an extended taproom, an outdoor drinking and dining area, and also a space for merchandise. If all this wasn’t enough, the original Home of Hells Lager will also be hosting new brewery tour experiences. Will the regulars who’ve been knocking back the rounds here since 2010 even recognise this new food and drink destination?

To ease you in, there are plans for a temporary pop-up on the site before the full shebang opens, with immersive brewery tours chugging into gear as well.

‘I couldn’t be more excited about the continued transformation of our first home in Camden at Wilkin Street Mews,’ said founder Jasper Cuppaidge. ‘It promises to be an oasis for beer drinkers, and the development will see the space become a community hub for beer, food, entertainment and education.’

When the taps are back on, here’s what you can enjoy:

In terms of who’s responsible for the food for the brewery’s very first on-site kitchen, some mysteries are still unsolved. There are rumours of a local chef partner, but no names mooted as yet. No one should be surprised to expect fresh and seasonal fare these days, though. We’d also put our money on some vegan offerings.