What: A Slice of Blue

In a nutshell: Pizza pub in Clapton

Summing it all up: A team-up between the founders of Santa Maria and Firezza, this is bringing pizzas, beer and music under one roof in Clapton - creating a new-style pizza pub in the process.

More from Santa Maria is on the way as they are getting ready to open something new for them - essentially a pizza pub in Clapton called A Slice of Blue.

The new place sees Santa Maria founders Angelo Ambrosio & Pasquale Chionchio teaming up with Edin Basic, the founder of Firezza. They're aiming to create a space where you can "eat some pizza, drink craft beer, listen to some fine music".

Pizzas will be Santa Maria pizzas, some of the very best in town - you'll find them on our round-up of the best and they've also been voted best pizza by Time Out. Here's a taster of what's on their menu:

Beers will be mainly from East London breweries with plenty of guest beers too. And for music, they'll be hosting musicians, rappers, street poets and DJs and, if you fancy playing a set there, email them at info@asliceofblue.com.

If you're wondering about that name, they say it comes from their favourite jazz, food and drink influences (record labels like Blue Note, and "the blue of Napoli" included). 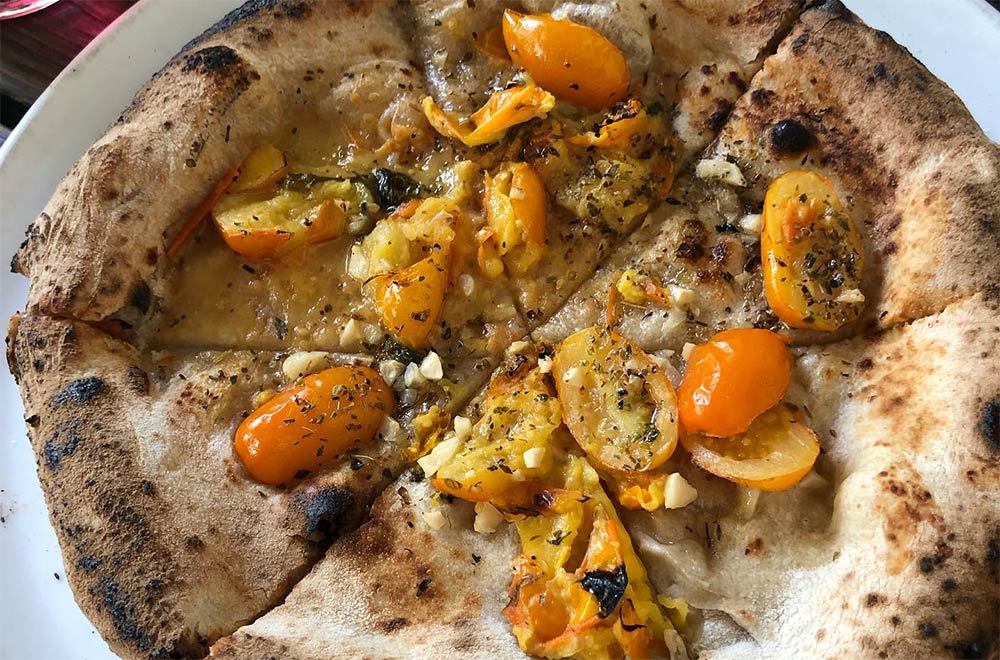 More about A Slice of Blue