D&D's Stratford restaurant will be Haugen at The Pavilion 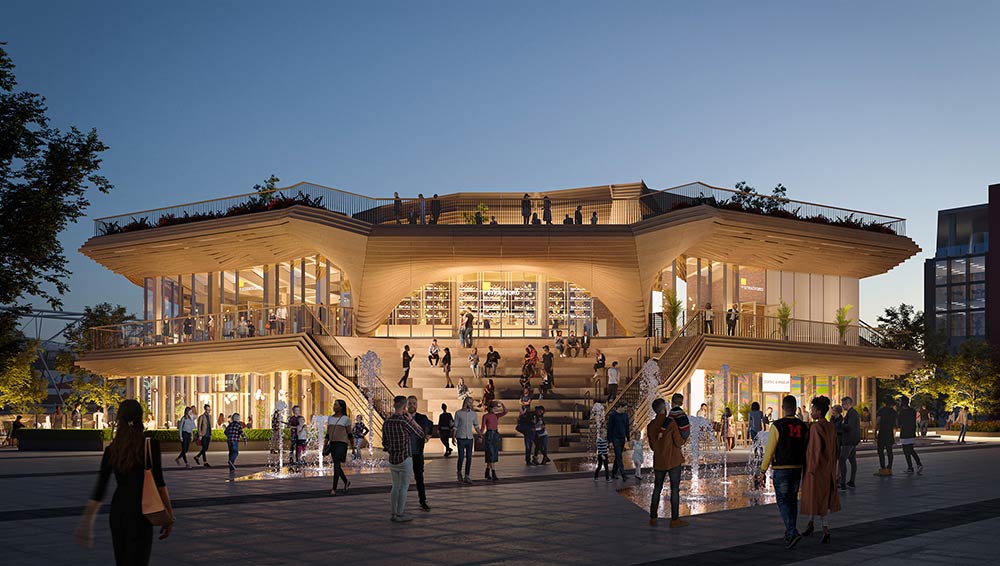 It's been a while since we've had a big opening in Stratford (Patrick Powell's Allegra being the most successful) but D&D (the people behind The German Gymnasium, Bluebird, Coq D'Argent, Launceston Place and lots, lots more) are opening one of the biggest restaurants there yet.

Called Haugen, it's going to be taking inspiration from Alpine dining in Germany, Switzerland, Austria and France (their recent outside restaurant pop-up Ander's Terrace was a prequel to this).  Food includes sharing plates of Mountain Fondue served with sourdough, new potatoes & pickles and Tartiflette with reblochon, bacon and potato.

There's more fondue for dessert with their chocolate fondue with marshmallow, fresh strawberries and honeycomb for dipping, alongside Apple Strudel and Sacher Torte.

They're opening in a new landmark building in Stratford called The Pavilion, which will be at the entrance to Queen Elizabeth Olympic Park, and it is going to be HUGE, boasting the ability to fit in up to 544 people. That's split across a ground floor deli, a casual ground floor restaurant with an indoor Winter Garden and terrace, a first-floor dining room and cocktail bar with outdoor terrace and two private dining rooms and finally on the second floor, a rooftop bar.

As you can see from the pic, it has a wooden design to give it that alpine chalet feel, with the big windows designed to let in as much light as possible.

Where is it? 9 Endeavour Square, Stratford, London, E20 1JN