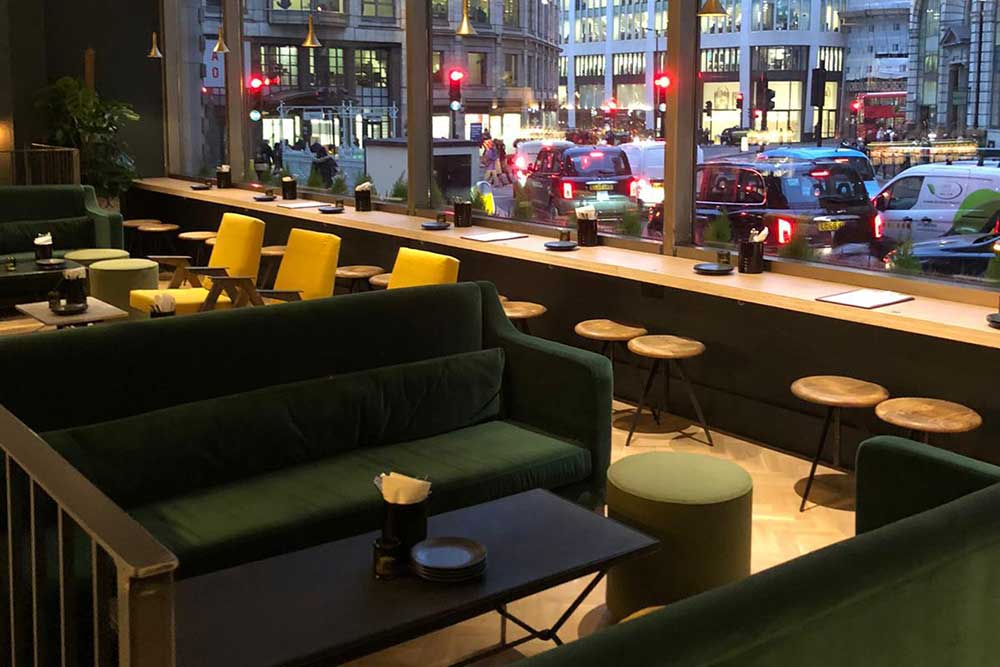 Perfectly timed for the end of Dry January, Vagabond Wines are opening a huge new wine bar in the heart of the City. Vagabond Monument is taking over the space occupied by the old Santander Bank.

The Monument branch is the eighth Vagabond in the group and it's a big one. The general premise is to serve yourself wine - so you load a card with money and then use the enomatic machines to pour your own glass of wines. The new City branch boasts 160 wines to choose from along with 10 self-pour craft beers.

Their big food offering is a selection of cured meat and cheese platters but they'll also be doing a roast hanger steak for two to share along with small plates like cauliflower pakora and Sicilian aubergine dip.

Usefully, for any City folk looking for new venues for entertaining, it features a private tasting room along with three separate spaces that you can hire.

Launch offer: As part of their opening celebrations they've transformed one of the bank's old ATMs into the ‘Vagabank’ offering complimentary Prosecco to passers-by. The ATM ia giving away a free glass of Prosecco runs from 11am-8pm on Wednesday 29 and Thursday 30 January 2020