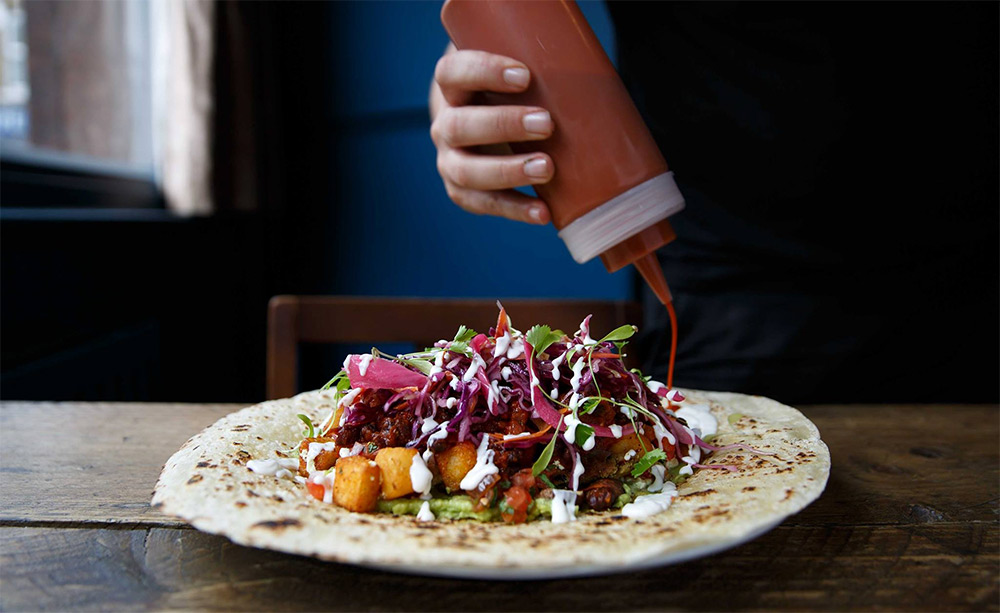 In a nutshell: Vegan Mexican food

Summing it all up: After pop-ups and residencies across London, Club Mexicana are bringing their vegan Mexican food to Kingly Court. And margaritas too, of course.

They've been popping up in residencies across town we well as opening in Seven Dials market - and now Club Mexicana are about to open their own permanent restaurant in Carnaby's Kingly Court in a deal brokered by Bruce Gillingham Pollard.

If you're not familiar with them, they're known for their Mexican vegan street food, with burritos, nachos and tacos the order of the day. Here's a taster of the menu:

And alongside this, they'll have vegan chocolate mousse and deep-fried ice cream.

Drinks will - obviously - include margaritas and grapefruit Palomas on tap as well as the beer-led CM Chelada and pickle juice-spiked Michelada. And on top of that there will be frozen margaritas in sour lime, pink hibiscus, or juicy agua fresca flavours.