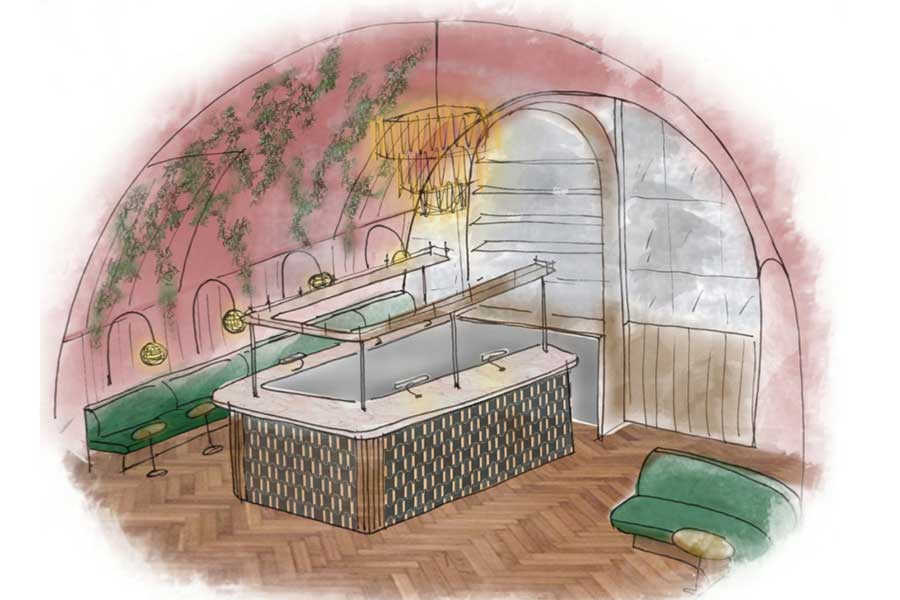 What: Smokey Kudu and Little Kudu

In a nutshell: Peckham's Kudu team are expanding with two new neighbourhood spots

Summing it all up: The team behind popular Peckham venue Kudu are opening a new tapas restaurant and cocktail bar, both on the same road as the original.

Two years after they opened their neighbourhood restaurant Kudu to critical acclaim, Amy Corbin and Patrick Williams are expanding with two new neighbourhood sites in early 2020.

First up will be Smokey Kudu. That's going to be "a chic cocktail bar" which aims to persuade Peckhamites away from Dry January, opening in the arches by Queens Road station. Featuring a central horseshoe bar, green velvet booths and red marble-topped tables there'll be room for 37. As for the drinks list, we're told there'll be 15 cocktails on offer, with subtle South African influences and a few snacks such as biltong to go alongside that.

Two months later, Little Kudu will open its doors right next door to Kudu. That's planned to be a no-reservations tapas restaurant and wine bar with an open kitchen and room for just over 30 diners. In the kitchen is Eloise Dawes, who comes here via Bethnal Green's Paradise Garage. On her menu you'll find dishes like:

We'll have more news on both of these closer to the opening dates.