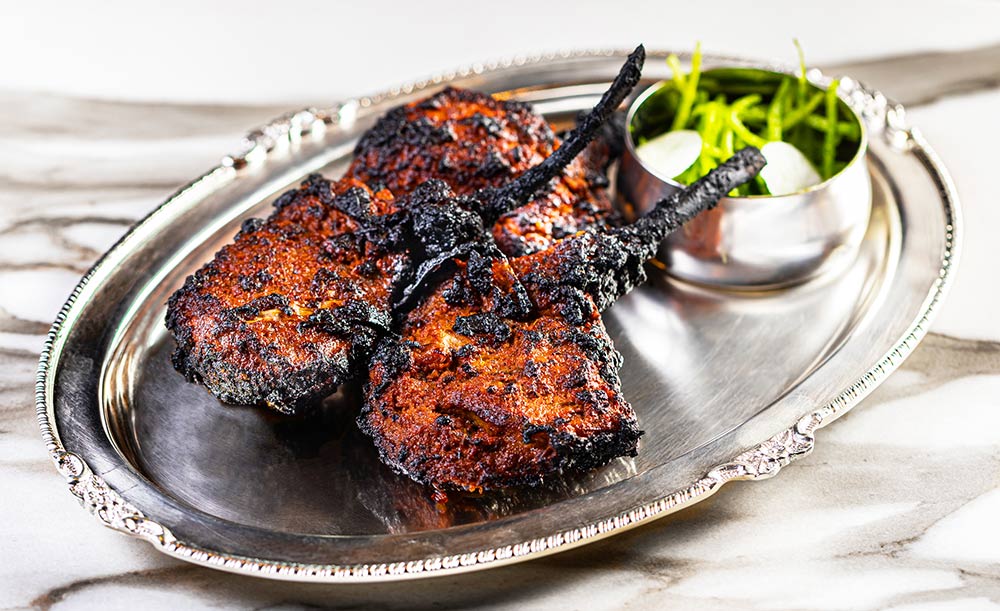 It closed after a fire, but one of London's most popular restaurants is back. They've taken time to renovate the restaurant while it's been closed, too. Upstairs sees "decorative wall hangings, a vast collection of photography and subtle taxidermy" alongside lots of features from the original design. There's also a new-look bar which takes "inspiration from an Edwardian drawing room cabinet".

It's the basement which has had much more of a renovation. There, they've moved the bar and have brightened everything up. As they say: "The basement has been re-modelled allowing for a convivial club feel with a Kashmiri Chilli colour palette, bold carpeting and collection of Indian art". The bar has moved (see the artist impression below) and both bars feature a new cocktail menu.

Many Gymkhana classics remain on the menu, so you can expect a combination of kebabs chops and tikka dishes alongside curry and Biryani (and the Kid Goat Methi Keema and muntjac biryani both unmissable dishes). And there are new dishes too - they include:

As for new cocktails, they include the "Peach Blow Fizz" (green mango and tropical citrus flavours, paired with Tanqueray gin, frozen yogurt, egg white and soda) and the House Martini that's inspired by the original dirty martini garnished with an olive brine poppadum. And as for the wines, expect a revamped list which adds German and Swiss wines. They'll also have whiskies and Gymkhana x Harbour Brewers latest beer - Tropical Cyclone Mango IPA.

The much-loved restaurant has had a Michelin star since 2015 and retained it last year. It also has a lot of celeb fans - David Beckham is one, as is Ed Sheeran, so it's also a very useful place for some star spotting. We're sure that the celebs will be returning in droves after the re-opening. 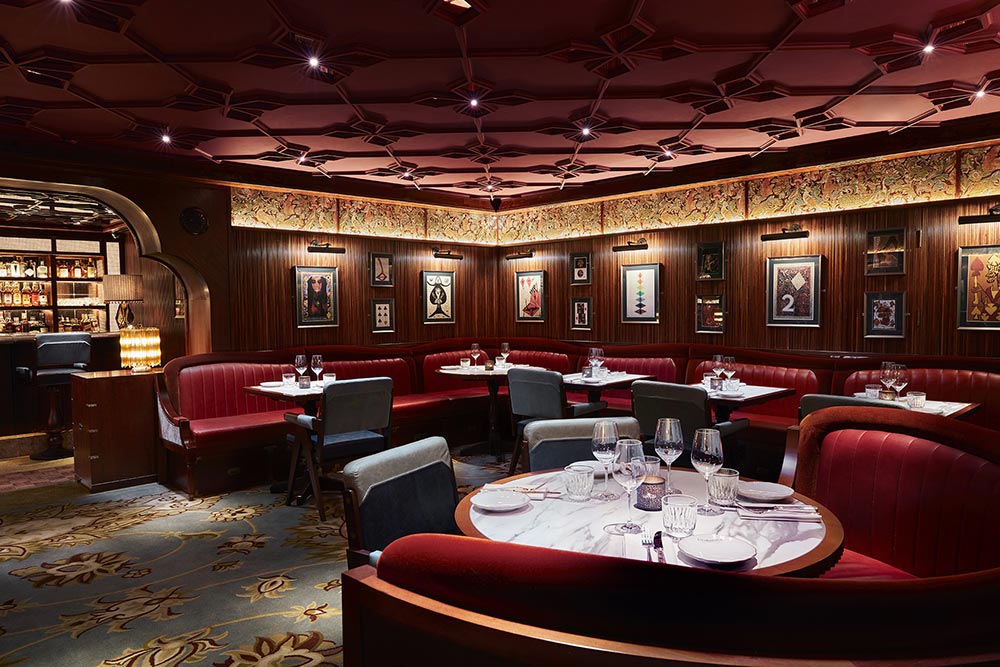