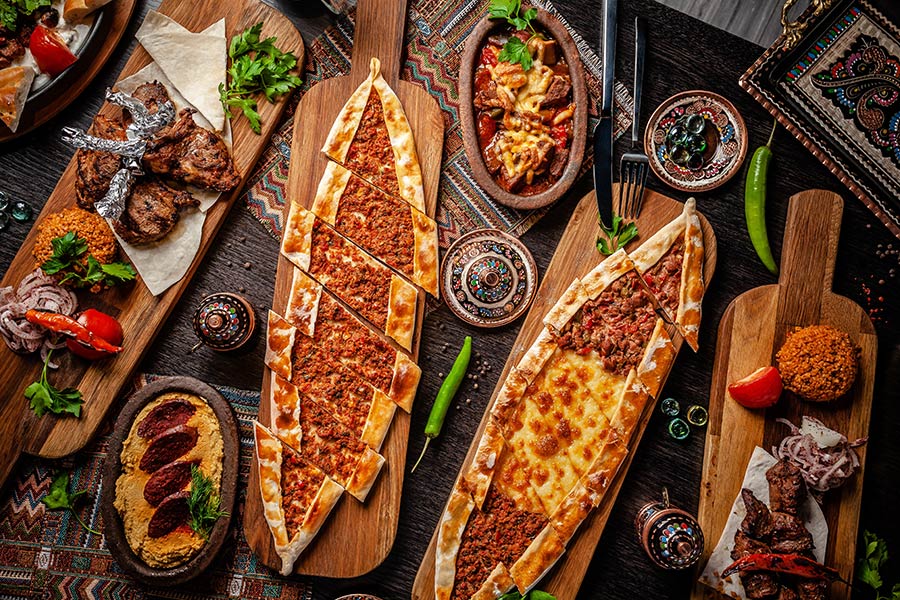 In a nutshell: Turkish cooking in The City

Summing it all up: Baraka is an all-day restaurant cooking Anatolian cuisine in their stone oven or as open-flame Mangal cooking. Expect mezza, tagine, kebabs and their own baklava. Plus a handy terrace.

A new Anatolian restaurant and bar is coming to the City, setting up in a listed building next to Liverpool Street station (near the Everyman).

It'll be an all-day restaurant, open from breakfast, promising open flame Mangal cooking with "recipes that have been shared between families and friends for hundreds of years, as well as Baraka’s own interpretations". Expect organic and locally sourced produce with Silk Route spices, cooked using the stone oven and charcoal flames.

On top of that, there will be spiced cocktails and Turkish wines and an outside terrace filled with olive trees, foliage from Turkey and herbs that will be used in the cooking. So when summer returns, this is another handy alfresco place for The City.