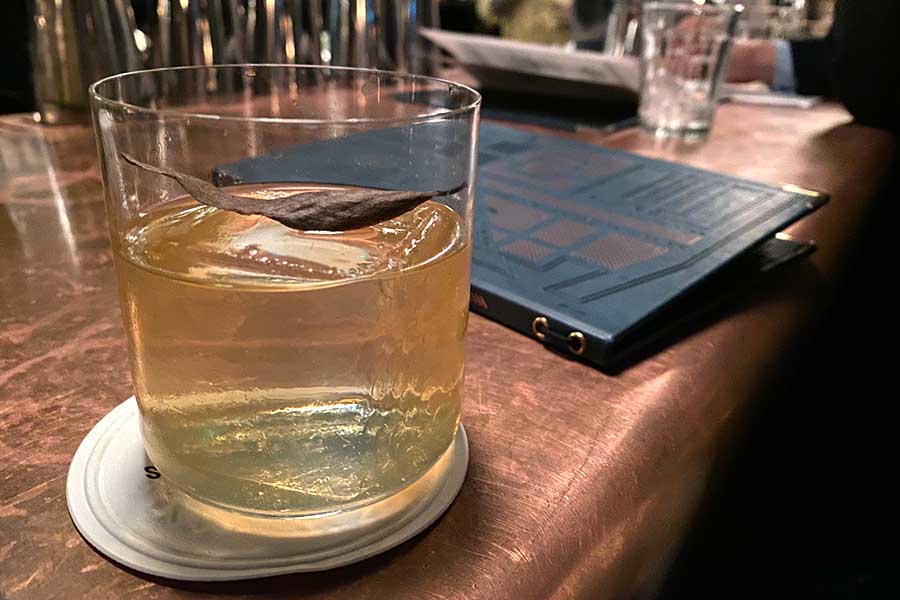 One easy recommendation for a great bar in London has always been the downstairs bar at Hawksmoor Spitalfields. Now, for the first time in nearly a decade, they've brought in a completely new cocktail list.

The 26 new drinks, many of which we tried on a preview the other week, capitalise on Hawksmoor’s second win for Best International Restaurant Bar at the prestigious Tales of the Cocktail awards in New Orleans earlier this year.

Behind the new list are Hawksmoor's Head of Bars Liam Davy and top mixologist Nick Strangeway who was responsible for creating the bar's original list back in 2006. One key component of this list is the bar's commitment to sustainability, cutting the use of imported fruit by 60%, minimising waste and focusing on UK and local suppliers as much as possible.

There are five sections. Highballs, Fizzes and Spritz; The Hawksmoor Classics, Flyby Five; Cocktails & Dreams and Temperates. They've reworked some of our old favourites - so, for example, their amazing Full-Fat Old Fashioned has now become the Fuller-Fat Old Fashioned with added beurre noisette along with sandalwood and cedar oil. And we particularly liked the new addition Douglas Fir Silver Bullet made with vodka from Northumberland moors infused with Douglas Fir needles.

Of course, you shouldn't go working your way through a list like this without having something to line the stomach. So Matt Brown, Hawksmoor’s Executive Head Chef has been hard at work on new bar food. These will be available at the Spitalfields Bar only and include Squid & pork toast, beef dripping chips with malt vinegar mayo, Brixham crab sandwiches and bone marrow oysters. 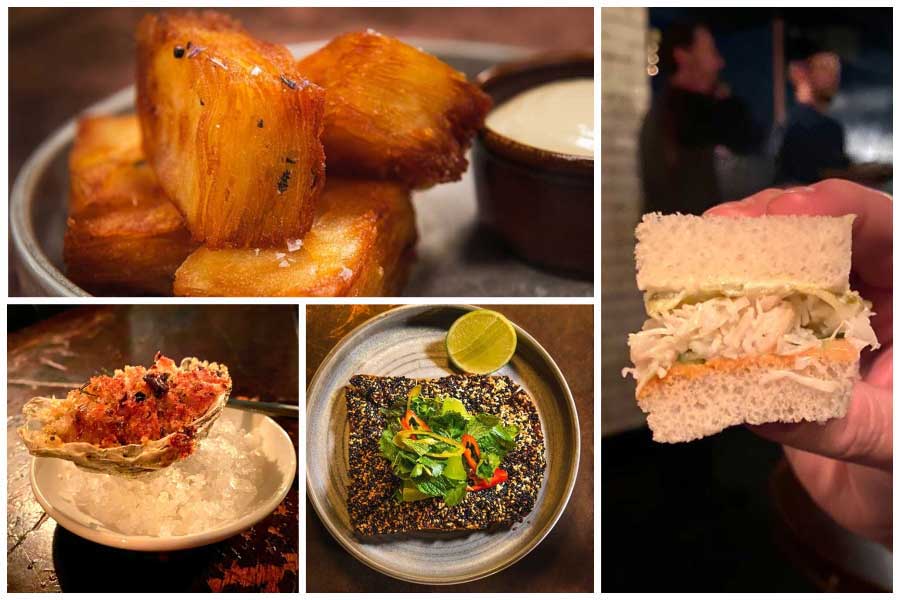 Where is it? 157A Commercial St, Spitalfields, London E1 6BJ