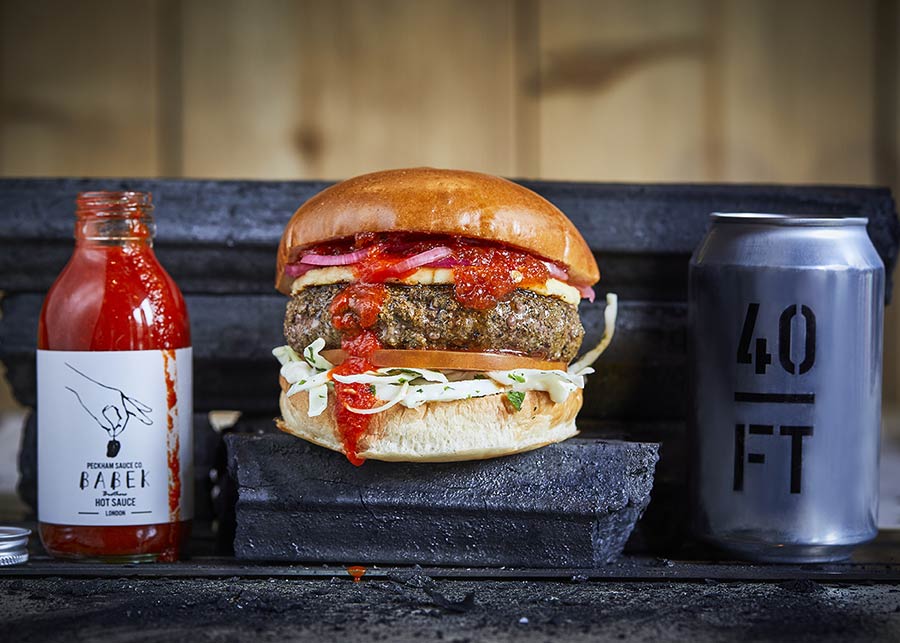 Liverpool Street is getting more burgers with the announcement of the opening of a new Honest Burgers. Their new place is just up the road from the station on Old Broad Street, taking over from Gow's restaurant. It'll be one of the bigger Honests, seating 136 inside.

As usual, you'll be able to get all the usual Honest favourites - like the Tribute which is beef, bacon, American cheese, burger sauce, French's mustard, pickles, onion and lettuce - all served with their rosemary salted fries.

And they'll also be putting on a special - called the "Liverpool St" of course. This is a team-up between them and British kebab specialists Babek Brothers. It's Babek-spiced Honest beef with British halloumi, red pepper relish, tomato, white cabbage, garlic mayo and pink pickled onions - and it comes with fries for £12.50. And there will also be a bottle of Babek’s hot sauce collaboration with Peckham Sauce Co on the table.

They've also teamed up with nearby Black Rock Tavern to create the ‘Oakey Cokey’ - a smoky-sweet whisky cocktail using Maker’s Mark Kentucky bourbon, Fever-Tree Madagascan Cola and cherry bitters. The first 1000 of these comes with a coin that you use in the whisky vending machine at Black Rock Tavern for a double measure of Maker’s Mark ‘on the house’. They'll also have beer from Dalston's 40ft Brewery: the Lager, the Päle and Disco Pils.