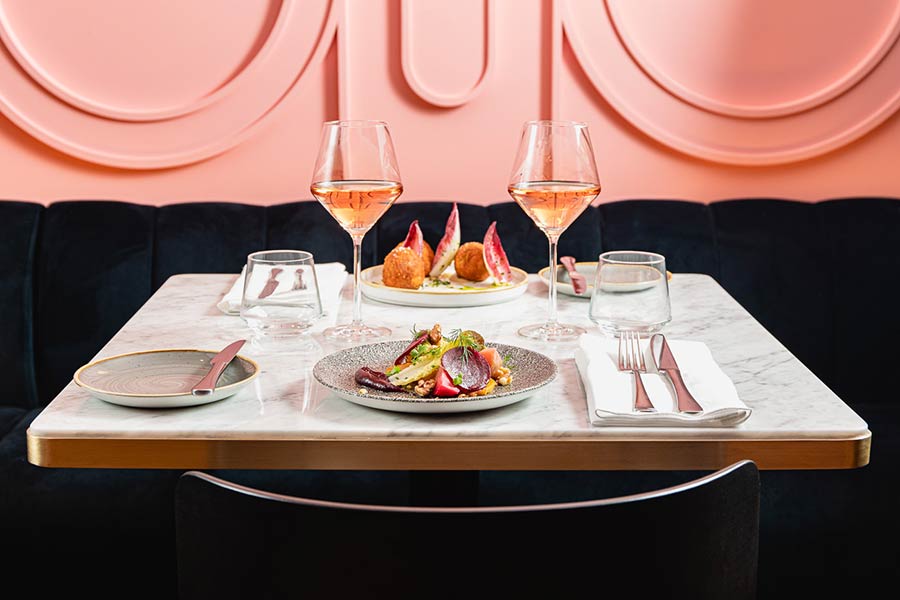 What: The Boulevard Theatre restaurant

In a nutshell: Brand new London theatre gets a restaurant and bar too.

Summing it all up: The Boulevard Theatre looks like being a very exciting addition to Soho - and it's bringing with it a brand new art-deco style restaurant and bar too.

Soho is getting a new theatre this month, in the shape of the Boulevard. It takes its name from the original Boulevard which back in the day, alongside theatrical productions, also hosted the Comic Strip group of comedians and was launched by the infamous Paul Raymond. The theatre is in Walker's Court, the former location of Raymond's Revue Bar, and it's all headed up by Soho Estates and led by Fawn James, Raymond's granddaughter. The space is quite petite but it looks amazing and has a fully rotating circular arena and stage.

But much as we like the look of the theatre, we're here to talk about the food - as the new venue has a new art deco-style restaurant and bar, linked to the theatre by a glass, double-height bridge. There's also a full double-height window looking out onto Soho from the bar.

Inside, there's an all-day menu from head chef Greg Hillier (formerly The Commonwealth Club and The British Academy). There will be a plant-based lean to the menu, with other dishes including:

There is, of course, a prix fixe pre-theatre menu which will be inspired by the production you're about to see. And they're also offering special membership deals, some of which include discounts at the bar and restaurant.

The bar is always important at any new theatre, and here they've brought in the ace Fin Spiteri to curate the list - which will have a few non-alcoholic options too. The wine list will be promoting top-quality local suppliers and artisanal producers, and they're aiming for unconventional beers.

So yes - Soho's got an exciting new theatre and the bar and restaurant sound pretty enticing. 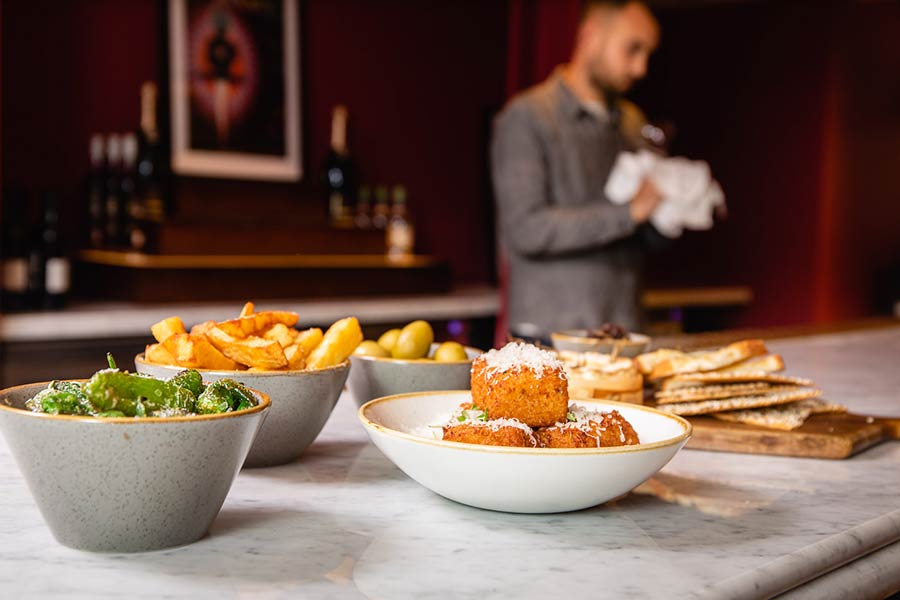 More about The Boulevard Theatre restaurant