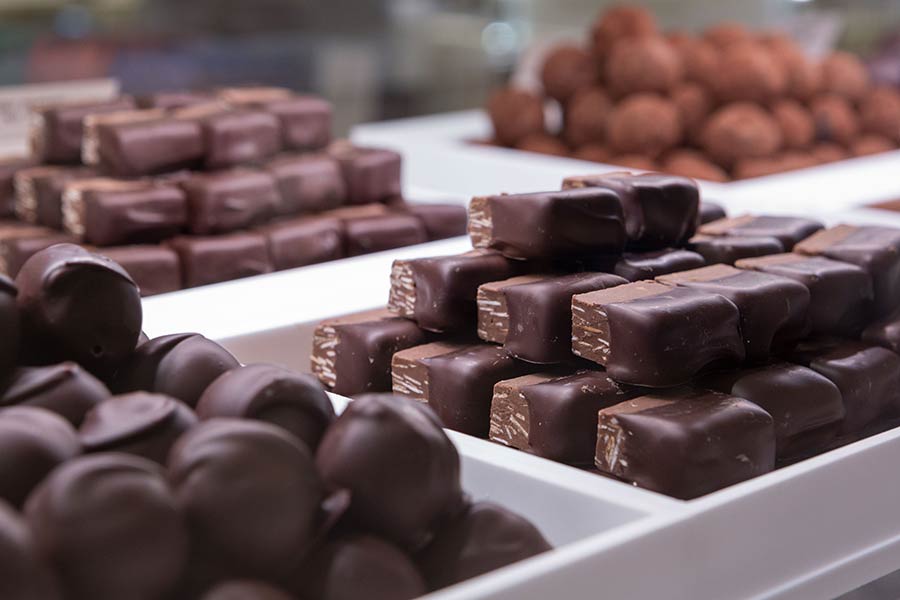 There are quite a lot of changes happening all over Selfridges at the moment - and the latest is their confectionary department. If you've visited before, you'll have found quite the selection at the back of the shop - but now it's been brought right into the middle - waiting for you in a huge space as you take the escalators into the lower ground floor.

You'll be able to find plenty of chocolates down here from US favourites to Pierre Marcolini, Belgian chocolatier Neuhaus, Charbonnel et Walker truffles, Carpo, Artisan du Chocolate, Godiva, and British chocs from Rococo. They've also added a huge vegan chocolate section. This centres around Be Chocolat by Michel Clement from Brighton, with vegan chocolate delights including truffles with pure peanut butter, praline and vegan caramel and a coconut bar with honeycomb rock dipped in dark chocolate.

Italian chocs from La Molina have also been a favourite, and they get their own stand, Selfridges, with Italian pralines, truffles and mini bars. They're also the first in the UK to stock acclaimed US chef Thomas Keller's K+M chocolate, who's teamed up with Italian olive oil producer Armando Manni for the range. There are also cheesy chocolate truffles (with real cheese) from London chocolatier Philippa Diggle.