Slapfish bring their chowder fries and shrimp tacos to London 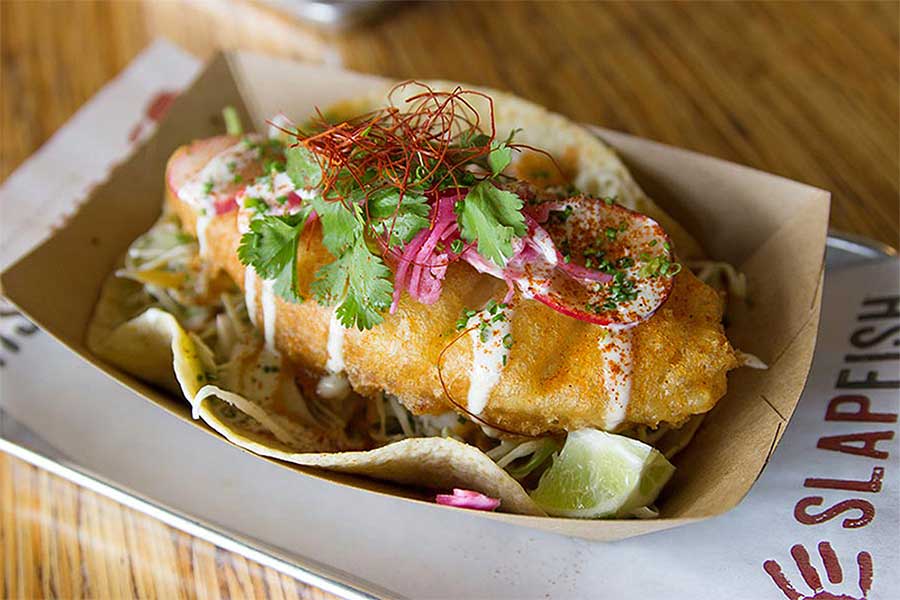 A US seafood chain - founded by an award-winning food truck chef from Orange County, California - has landed on the shores of Camden. Slapfish is the brainchild of Andrew Gruel - a chef turned restaurateur, who's fairly well known across the pond as a contestant and judge in shows like Food Truck Face Off (yes - we'd watch that).

The company is all about serving up sustainable seafood - their mantra is "Choose the dish, not the fish.” And their first London outpost is at the lower end of Kentish Town Road just up from Camden tube.

On their London menu, you'll find lobster taquitos, shrimp ceviche, clobster grilled cheese (yes - a mix of crab and lobster) and what they're calling the ultimate two-handed fish taco. They also do - and this we have to try - chowder fries which are essentially hand-cut fries smothered in clam chowder.

They're open now in Camden - and it looks like they're applying for a booze licence, so alcohol should be on the way soon. 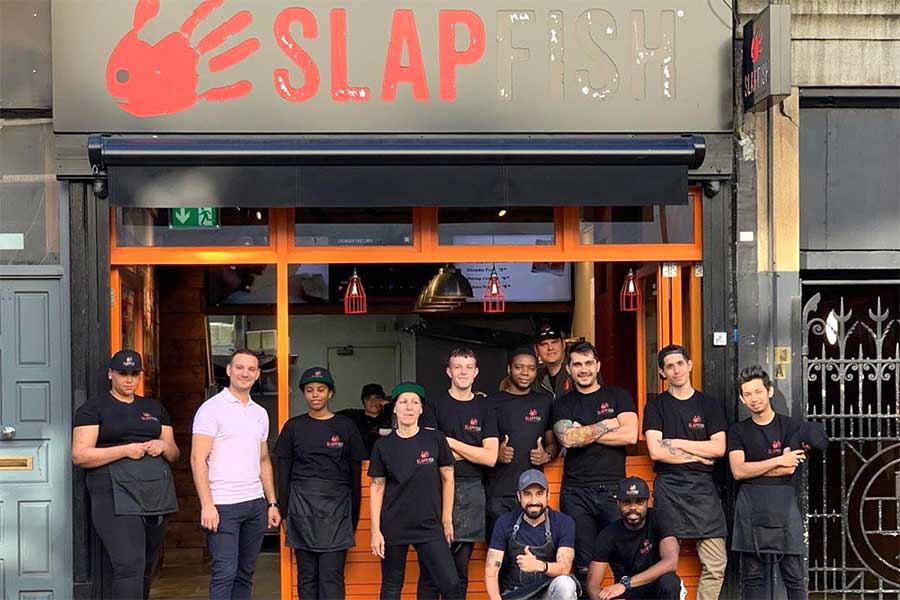 Where is it? 11 Kentish Town Road London NW1 8NH