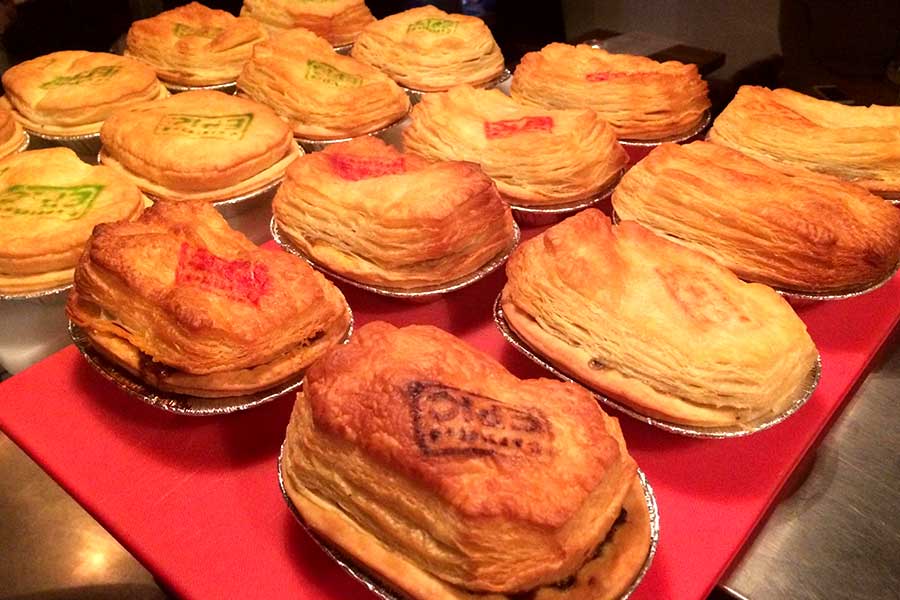 In a nutshell: British patisserie specialising in - you guessed it - pies.

Summing it all up: From street food to permanent digs, a mother/son duo are opening up this 'Britisserie' by St Paul's Cathedral, where pies are the main star but you can also get a Brunch Wellington at the weekend.

Over the past few years London's seen plenty of new bakeries opening. We've had American patisserie (Dominique Ansel) and loads of Portuguese patisserie (all those pastel de natas!) and even Prada's opened a spot in Mayfair focusing on Italian patisserie.

Now a new bakery opening by St Paul's is billing itself as the high street’s first “British Patisserie”. Epic Pies opens next month just around the corner from the cathedral, where Maison Mekong used to be.

It's the culmination of a four-year journey by mother/son duo Daniel and Roshnara Jobsz who've been busy building up a fanbase at markets and festivals across London.

As the name suggests, pies will be the big focus - they'll be serving up a rotating selection of five pies which come with buttery mash, steamed greens and gravy – or parsley liquor and include:

For those of you with a sweet tooth, the patisserie they'll be serving up include cronuts, croffles (yes, that's a croissant waffle hybrid) and “cup-tarts” along with Sweetie Pies (Lemon Meringue, Banoffee and Cheesy Tart).

If you fancy Saturday brunch the menu will feature Croffle Benedict or a Full English Tart or how about Brunch Wellington with Cumberland sausage wrapped in egg, bacon and lattice pastry.