Alcotraz is bringing its prison-themed cocktail bar to Covent Garden 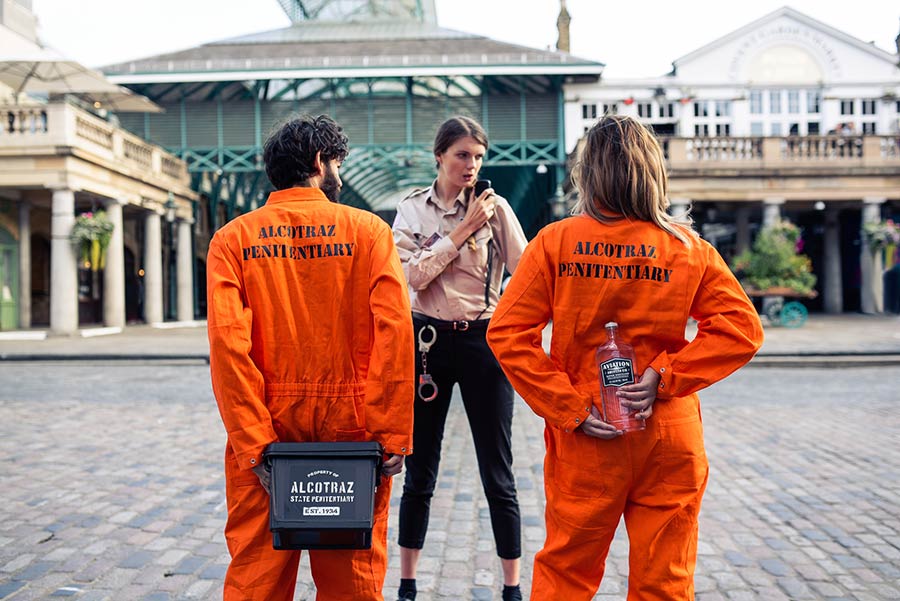 It caused something of a stir when it opened originally in Brick Lane, but the prison-themed Alcotraz must be doing something right - as they've just announced a new three-month pop-up in the West End.

Coming to Covent Garden, this time it's Alcotraz Penitentiary: Cell Block Six Eight. It's a basement speakeasy where you'll have to smuggle your alcohol past a warden and guards to the "notorious bootlegging gang" in the cells (there's no alcohol on the site, but they'll mix it into cocktails for you). It'll be an immersive experience and yes, you'll be clad in orange jumpsuits.

Since the original opening, it seems like the owners have acknowledged the controversy around such a prison-themed pop-up. Here's what they say:

Alcotraz is also providing ongoing support to Switchback – an award-winning charity that enables young Londoners to find a way out of the justice system and build a stable and rewarding life. While Alcotraz invites guests to enter a world inspired by classic American film and TV, the experience will also help raise awareness of real-life issues and Switchback’s vitally important work. Alcotraz will also donate a percentage of all ticket sales to the charity.

Will that be enough to see off some of the criticism? We'll have to see.