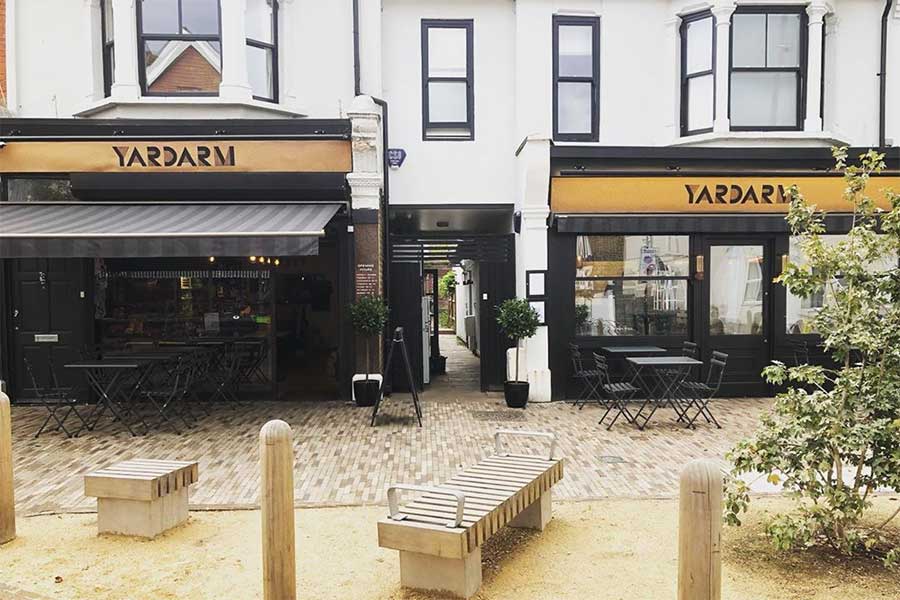 In a nutshell: Leyton deli opens its own restaurant

Summing it all up: Following a few years of popups and residencies, Leyton wine bar and deli Yardarm is now making its restaurant space a permanent spot and keeping it in the family when it comes to the chef.

The store has been running pop-ups for a couple of years from the restaurant space next door, as well as doing tastings and cheese and charcuterie boards in the shop itself. But now it's moving up a gear with their own, permanent restaurant.

Keeping things in the family, the chef will be Joe - the brother of co-owner Dan O'Connor, who's most recently been up in Edinburgh at Timberyard and, before that, working with chef Dan Barber at Blue Hill at Stone Barns in New York.

The restaurant will be open Wednesday through to Sunday and you can expect some top brunch and Sunday lunch action come the weekend.