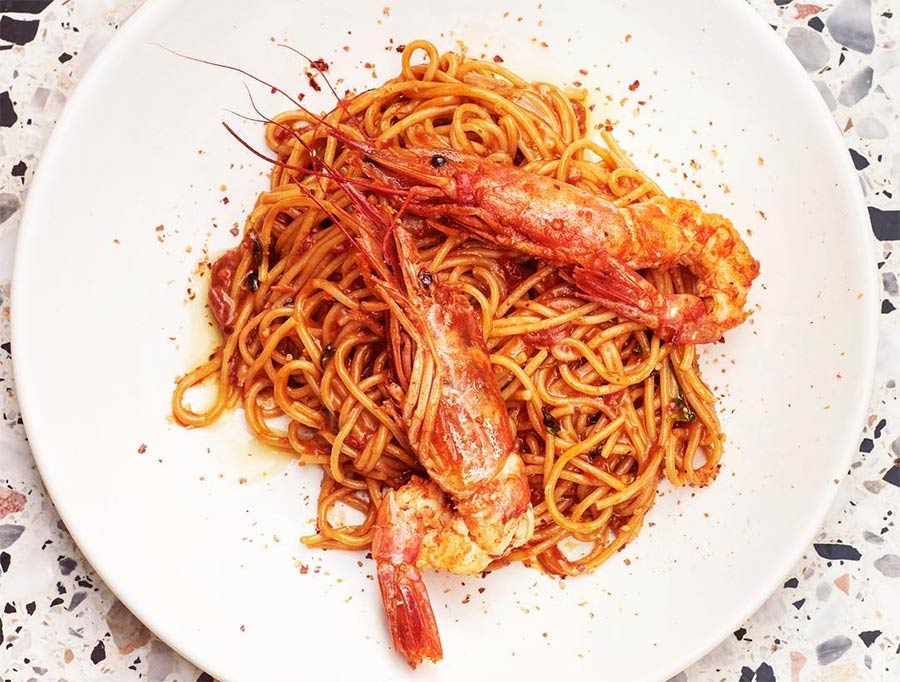 In a nutshell: Pasta goes west

Summing it all up: This is the second of Stevie Parle's fresh pasta bars, following the original in Soho. Expect affordable fresh pasta and this time they'll also have some cheesy soft serve.

There's no end to London's obsession with pasta, it seems. The latest announcement is that Stevie Parle's successful Soho pasta bar is about to get a sibling restaurant, this time in Westfield London (joining the growing throng of decent restaurants out there).

It's a bigger affair than the original, boasting two kitchens across two floors, a balcony and a terrace - seating a whopping 145 in all. As for the pasta, it'll be a regularly changing menu - so here's a taste of what's on in Soho at the moment:

They'll also be launching their soft-serve ice cream in Westfield. The flavour will change regularly, kicking off with stracciatella.

As for the look of the place, it's once again designed by Tom Dixon, with the centrepiece being an electric blue staircase connecting the two floors.

Launch offer: Free pasta dish on 8-10 January (click on the “claim free pasta” button when you are settling your bill)