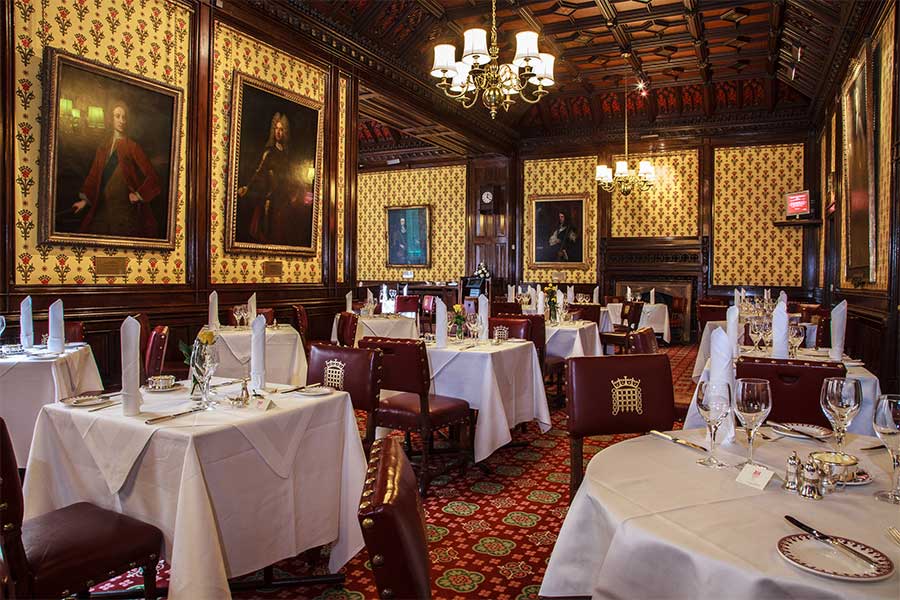 Whether you think it's perfectly legitimate or a gross affront to democracy, the proroguing of Parliament has one side benefit - it heralds the reopening of the Peers Dining Room to the public.

The Pugin-wallpapered dining room is impressive, but make sure you arrive in time to have a pre-lunch drink in the bar with its views over the Thames.

The menu this year is extremely British, with the kitchen doing their best to represent every corner of the British Isles. Courses include:

The three course lunch is £49.95 which is really not bad for dining in such surroundings as these. That said, the whole experience has become considerably punchier since we first started covering it. Four years ago this would have set you back just £35, so that's a rise of 42% - way more than inflation.

Interestingly, this time there's also a caveat we haven't seen before which states that "The restaurant service may be suspended, or amended, at any time as part of HOL’s response to a significant risk, threat or instance of disruption from external events, agencies or persons, or other emergency or as a result of a change to the business of either House, for example in the event of a recall of Parliament."

More about the Peers Dining Room

Where is it? House of Lords, London SW1A 0PW

How to book: Online bookings can be made here from 17 September from 12.00 noon.