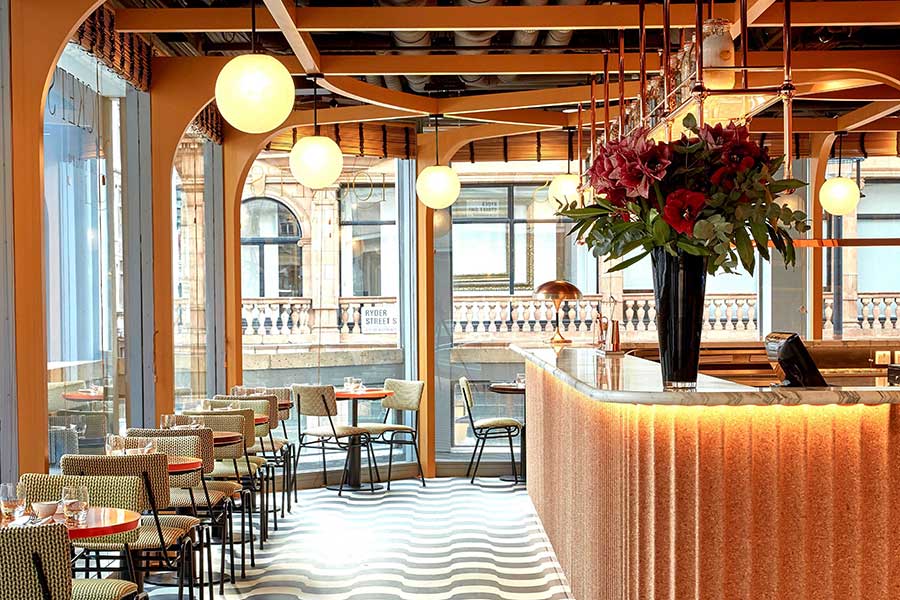 In a nutshell: Wiltons does a wine bar

Summing it all up: It's been 70 years since the Wiltons group has opened a new restaurant - but they're gearing up to launching something brand new in St James. Locket's will be a brand new cafe and wine bar in the old "Economist Plaza" now redeveloped and renamed Smithson Plaza.

It's been some time since there's been anything new from the group behind Wiltons. After all, there's been a Wiltons since 1742 and the group's other restaurant, Franco's, has been around for 70 years - both are big London institutions. But now they're branching out with something completely new, Locket's in Smithson Plaza.

That plaza is the space that used to hold The Economist HQ in St James (aka Economist Plaza) and which is now being completely redeveloped. Locket's itself will be an all-day cafe serving breakfast, lunch and afternoon tea - and then becoming a wine bar in the evening. Plus they'll have a huge space out on the plaza itself.

Planned for the menu is:

As for the wine, expect old and new world, with over 40 wines available by the glass, as well as regular wine events throughout the year.

Here's what the head of Wiltons Group, Jamie Hambro, says:

We’re excited to be working with Tishman Speyer on Locket’s debut in St James’s. With this new café and wine bar, the Wiltons Group is expanding to bring once again impeccable service and hospitality to the area, while also introducing a new destination for younger people at this famous London landmark” said Jamie Hambro, Chairman of Wiltons Holdings.

As for the plaza, the company behind the development, Tishman Speyer, says it wants to make the area a "cultural gathering place" again, and as part of that, there will be a new gallery there too as well as what they're calling "a pocket park".