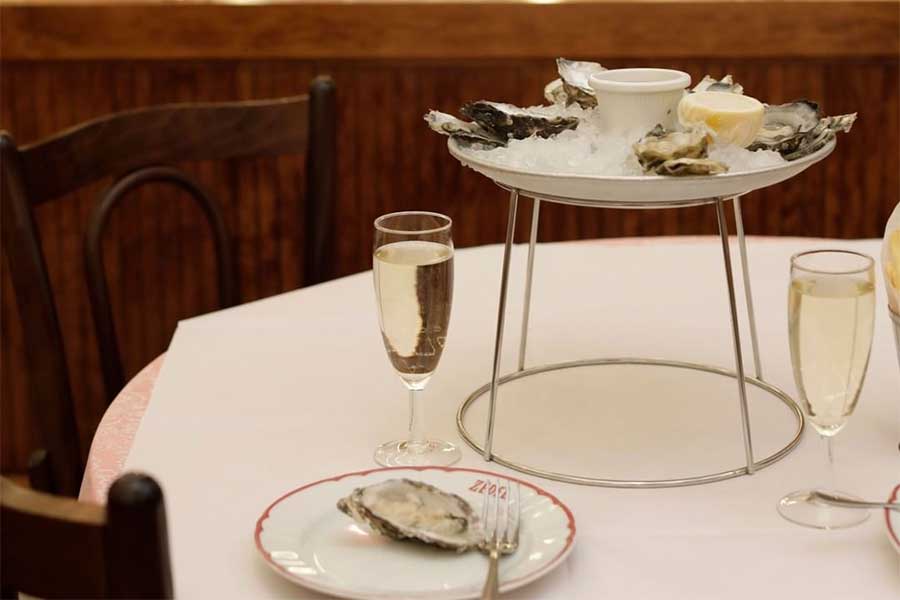 Summing it all up: Eight years after opening their massive Brasserie Zedel, restaurateurs Corbin & King are launching another affordable restaurant. Manzi's in Soho will be a homage to the much-loved Manzi's fish restaurant and will be a seafood restaurant that's both fun and affordable.

Back in April, restaurateur Jeremy King, of Corbin & King, first revealed that the group's next big project would be opening a huge new seafood restaurant in Soho. It soon transpired that the site they'd taken on was a section of Soho running along Bateman's Buildings and Greek Street. Papers lodged with Westminster council showed that they were hoping to open a two floored restaurant with loads of outside seating and a private dining room.

Now, after much speculation, Jeremy has revealed that their new restaurant will be called Manzi's after the much-loved (but now closed) legendary London fish restaurant. It's not on the same site - the original Manzi's was where St John and then Leicester House was - but will be "in tribute to the long lamented Leicester Square forefather that so many of us mourned its passing." Manzi's, for anyone who didn't go before it closed, was as Jay Rayner explains; "a great London restaurant when the city didn’t have enough of them."

King goes on to explain that the new Manzi's will, of course, be a seafood/pescatarian restaurant, but "in the same spirit of Brasserie Zédel we want it to be fun and affordable."

Early design sketches shared by the interior designer Brady William reveal a large, long dining room with windows on both sides. There's a distinct nautical theme with booths down one side and counter dining all down the other side. Brady William Studio were also responsible for Corbin & King's most recent opening Soutine, and the lavishly appointed Bob Bob Cite.

"It really is a remarkable building to find in the middle of Soho," says King, "and not only is it similar in size to Brasserie Zédel (over two floors) but it's blessed with windows on both sides of the Dining Room for great light and this very brightness & airiness was very influential in determining it to be a Pescatarian Restaurant."

There will also be outside space now that Westminster Council have approved plans for a large covered terrace.

Where is it? 1 Bateman's Buildings, Soho, London W1D 3EN