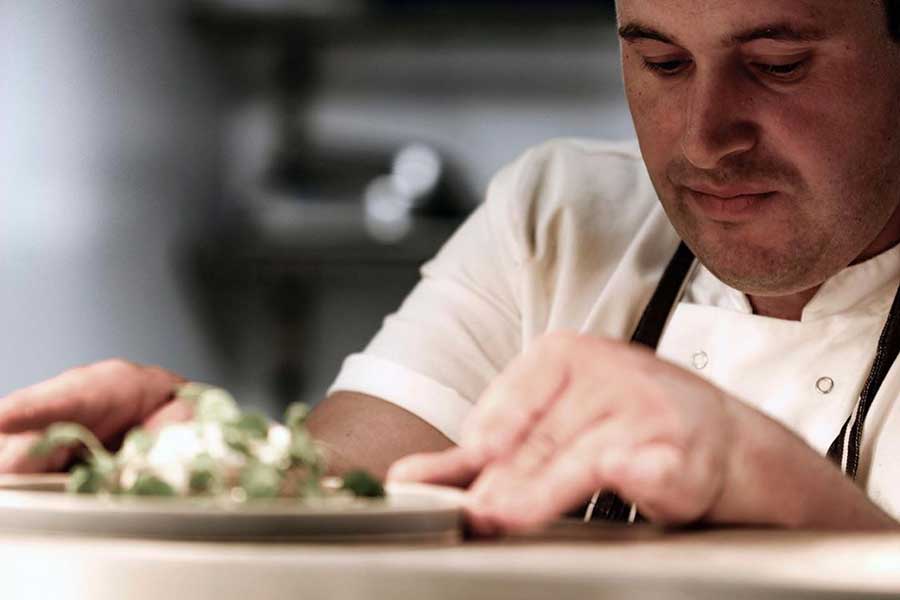 What: The Six at the Kings Arms Hotel

Summing it all up: A historic 18th-century inn has been given a 21st-century makeover with a top kitchen team in place for its hotel restaurant.

Set right next to Hampton Court Palace, across from the famous maze, the King's Arms has been around since the early 18th century (although a brewery has been on site since 1648). Now, having been bought by Nigerian billionaire TY Danjuma, it's about to open its doors as a boutique hotel with a top chef in charge of the restaurant.

Kempson, who has picked up a Michelin star at Kitchen W8 (and continues as Head Chef there) and who before that was at the two Michelin star The Vineyard in Berkshire, is championing local produce on the menus he produced for the restaurant. And we mean really local. There's going to be a Palace Garden Salad on the menu, which uses herbs and vegetables picked freshly from the Hampton Court Palace Kitchen garden.

If you fancy staying over after dinner, then there'll be 14 newly appointed bedrooms upstairs.

More about The Six Restaurant