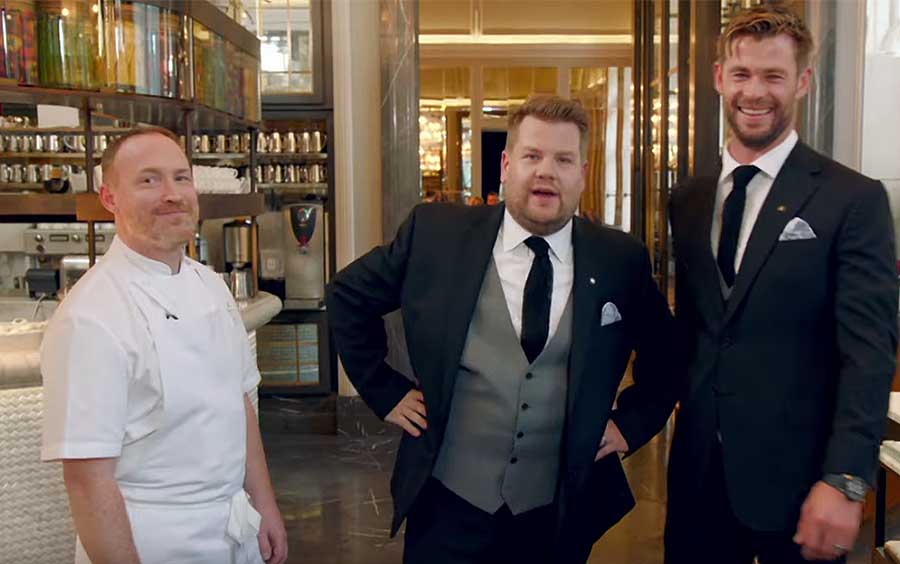 You may have been aware of the fact that James Corden is currently in London filming for The Late Show. But if you were lucky enough to have been staying or eating at the Northall restaurant at the Corinthia this week, you might also have got to appear on the show.

Corden brought his friend Chris Hemsworth to the restaurant just off Trafalgar Square for a waiter battle. He and Chris would see who could be the best waiter "competing to see who has it what it takes to work in the very high pressured world of restaurants." Judging them was head chef Andre Garrett.

"I'm looking for someone really committed, really attention-detailed and really hard working," says Garrett before the pair are put to work on a variety of tasks including welcoming diners and finding them a table. But it all goes a bit pear-shaped with the duo sitting down at tables, fighting over who gets to take guests in, forgetting the orders "I have a photographic memory!" boasts Chris, and a rather old-school pepper grinder joke.

Watch how it all goes down, here.

More about The Northall