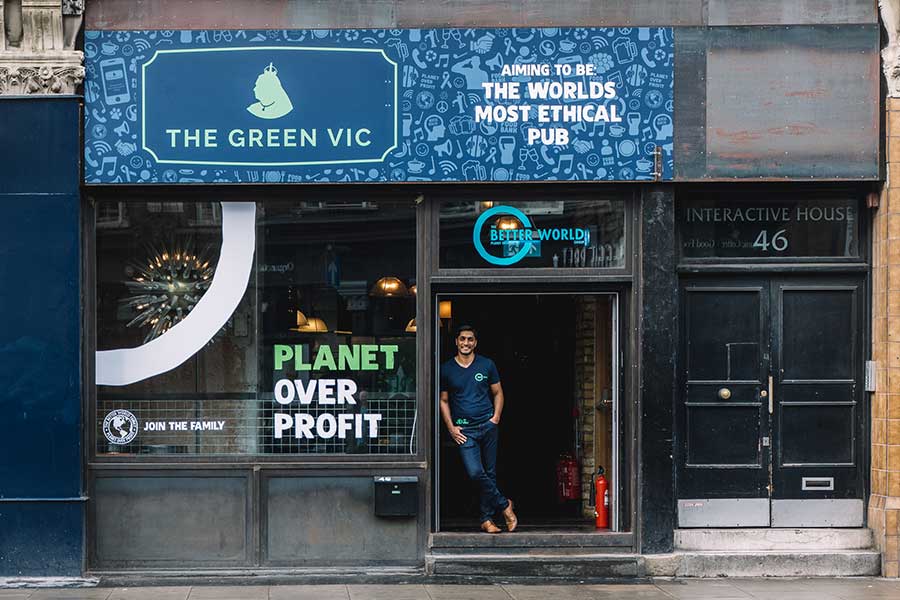 What makes a pub, the world's most ethical pub? Well according to The Green Vic, which is opening in Shoreditch and billing itself as just that, it's "where everything you buy and use has a positive environmental and social impact."

The pub is popping up for three months at Iron Bloom on Great Eastern Street. On their drinks list you'll find libations that, between them, support over 40 individual non-profit charities. So you can sup a pint of Brewgooder craft lager - a non profit which is donating money to clean water projects in Africa or have a G&T using Ginerosity craft gin made by a social enterprise which helps train, educate and mentor the homeless.

For food they've teamed up with vegan chefs The Green Grill serving up all plant-based products like the Red Devil burger pictured which features a sweet potato, red kidney bean and coriander patty with roasted red pepper, rocket, cheez slice and sriracha mayo. And on Saturdays they'll be throwing a Better World Brunch where five pounds of every ticket purchased will go towards charity.

The desire to make a difference also extends to who you'll find working at The Green Vic. One in four of the staff employed will be from a vulnerable or disadvantaged background, such as the homeless and people with disabilities.

Founder Randy Rampersad sums up the enterprise saying: "One of the drinks brands I work with, ‘Toast Ale’ has a famous quote that sums up my vision perfectly; ‘if you want to change the world, you have to throw a better party than the ones destroying it’, that’s exactly what I am trying to do." 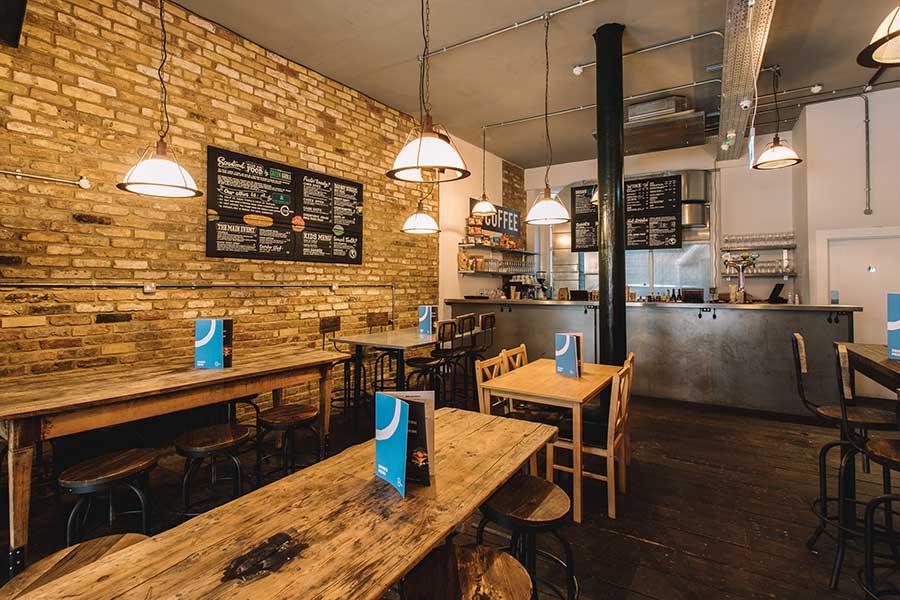 More about The Green Vic

Where is it? 46 Great Eastern Street, London, EC2A 3EP