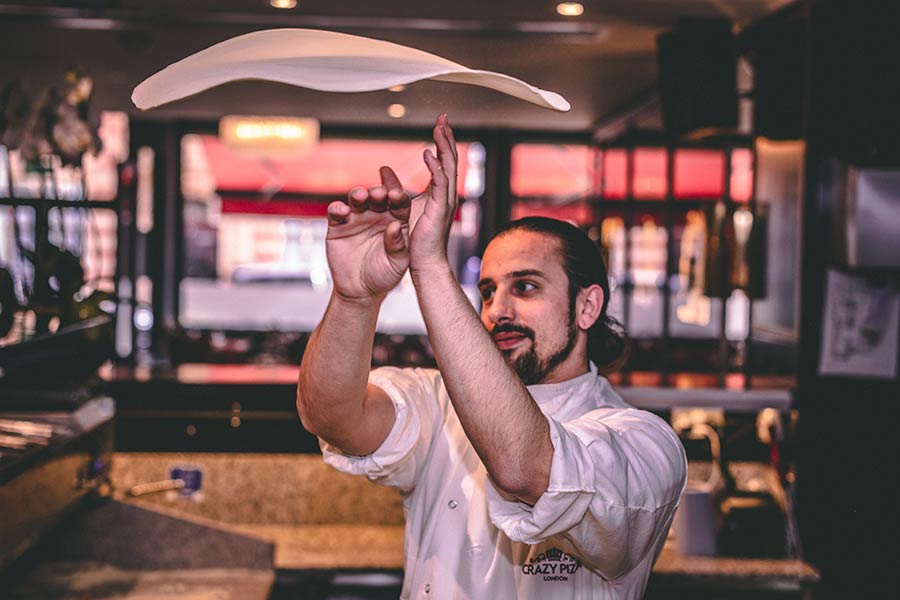 In a nutshell: Ex-Formula One boss does Pizza

Summing it all up: Crazy Pizza comes from ex-Formula One boss, Flavio Briatore, and promises to be a lively pizza joint with plenty of dough-tossing antics alongside thin crust pizzas.

Formula One and pizza aren't something you'd immediately associate with one another - but that's what we have here. Ex-Formula One boss, Flavio Briatore, who has restaurants, bars and clubs in the UK, Italy, Dubai and Monaco has recently launched his next venture, Crazy Pizza (back in May).

As you might be able to guess from the name, they're aiming to go a bit lively with this one, promising "world champion dough spinning chefs" and "animated waiters" alongside DJs.

As for the food, we're told there is a  mozzarella menu to start (all made onsite), and for their pizzas, they'll be using thin crust, yeast free bases. Their signature will be the "Tartufo",  topped with buffalo mozzarella and shavings of fresh black truffle.

Where is it? 7 Paddington Street, Marylebone, London W1U 5QH