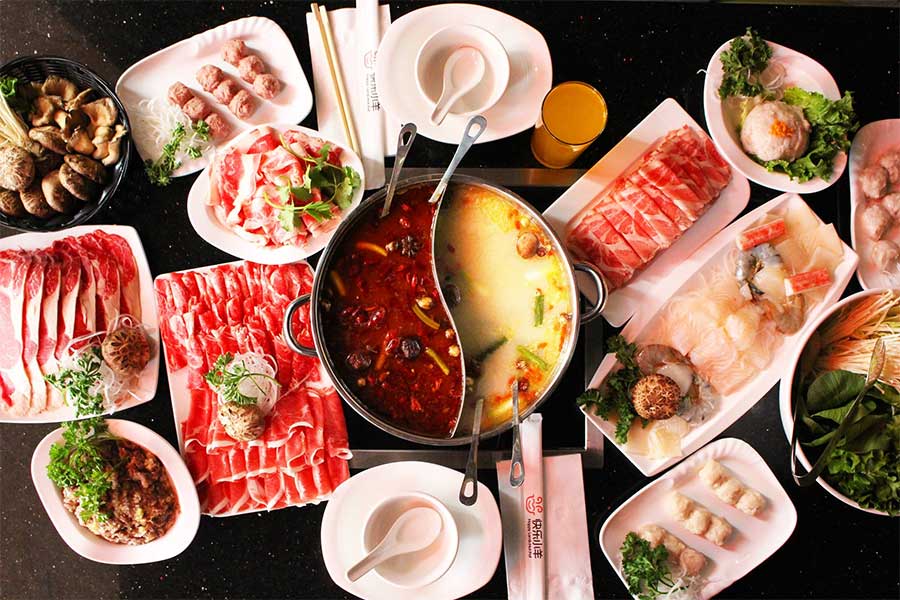 Summing it all up: Originating in Mongolia, the Happy Lamb Hot Pot company now has branches across America and Canada and they're now aiming their sights at the London restaurant scene.

Having launched in Mongolia and expanded with restaurants across Canada and the US, Chinese company Happy Lamb Hot Pot have set their sights on London.

They're about to open a restaurant in The Office Group building on Bloomsbury Way. There's no social presence yet, but what we've gleaned from their American restaurant menus suggest that you can expect all manner of meat, fish and veg to dunk in your hotpot. You'll be able to choose from ribeye, pork belly and paper thin strips of lamb shoulder along with other bit of the animal like tripe, intestine and tongue.

If London has the same combo platters as the US we'll be able to choose from a seafood version with white fish, squid, scallops, and whole shrimp and also a veggie one featuing spinach, leaf lettuce, cabbage, and baby bok choy, plus daikon wedges and a mini corn on the cob.

Where is it? The Office Group building, 10 Bloomsbury Way, London WC1A 2SL