Ooty Station is a casual Indian cafe in Marylebone 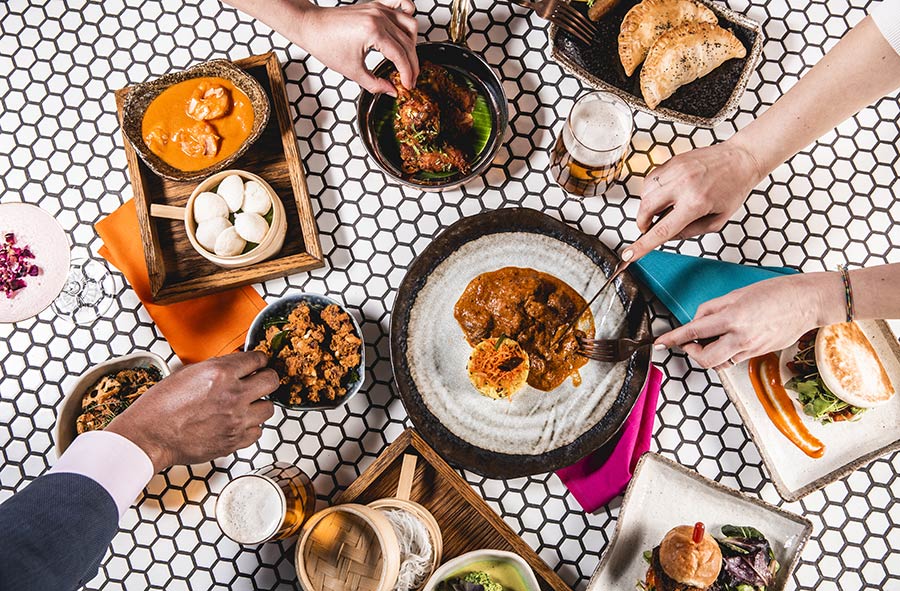 Ooty’s Head Chef Manmeet Singh-Bali (who won a Michelin star at Vineet Bhatia) is also behind Station’s menu which includes snacks like malli chicken wings; mutton methi samosa; and goat cheese with jalapeno, ghatti masala bun and apple chutney. More substantial dishes include Keralan lamb stew with coconut rice, and we particularly like the sound of the homemade dosas which will be filled with the likes of garlic soya spinach and lime and curry leaf lamb.

On the drinks side of things, there will, of course, be Kingfisher lager as well as Bombay Bicycle and other bottled beers. Cocktails will take an Indian flavour too, with the 'Rose Garden' featuring Hendrick’s gin with cold infused Indian rose petals, goji berry liqueur, egg white and bitters.

While the interiors will take a colourful and industrial slant, there’s also an outdoor terrace which is located off Baker Street and sounds like it will be an ideal place to be throughout summer, particularly if you want to catch Wimbledon or the cricket world cup as there’ll be a screen showing all the action.

Where is it? 66 Baker St, (entrance in Dorset Street), Marylebone, London, W1U 7DJ