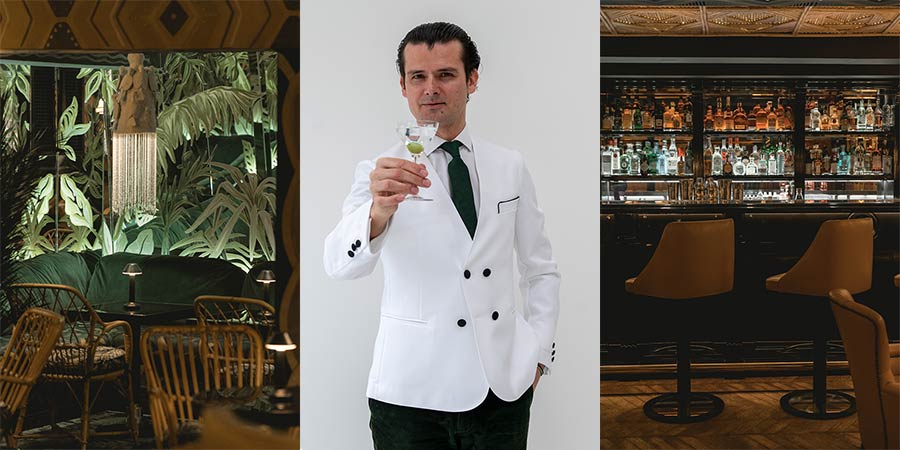 After a huge revamp earlier this year, followed by a rave review by Fay Maschler, there's a lot going on at Momo at the moment. And now they've gone one step further, opening a separate cocktail bar downstairs, headed up by cocktail supremo Erik Lorincz.

Lorincz really made his name at the Savoy's American Bar, propelling it to the top space in the World's Best Bars list. He's teamed up with Momo's Mourad Mazouz (who also owns Sketch and Restaurant 404) for his own cocktail bar, Kwānt (pronounced "Quaint"), modelled as a 19th Century-style cocktail bar and lounge.

The bar promises to look very impressive, described by them as "subtly tropical decor which is reminiscent of an eccentric gentleman’s drawing room, furnished with light coloured Chesterfield sofas and wooden panelling." As with the restaurant above, the design will have references to African culture, all put together by top French-American interior Designer Bambi Sloan.

As for the drinks? There will be 24 on the menu (plus five non-alcoholic), many using herbs grown in-house. Here's a taste of what's on the menu:

That's just a selection - and there are also vintage cocktails. So, for cocktail lovers, this looks like an essential pilgrimage - as one of London's best bartenders is properly back on the scene.